The geological team is currently conducting exploration, mapping, and sampling of the Kulyk Lake REE assets to confirm and expand the results reported in 2009 and 2010. The Kulyk Lake block occupies an area of 105.4 square kilometers within a 35-kilometer length, covering 21 REE areas including the Kulyk Lake target. Historically, the Kulyk Lake area has been explored for uranium, and then preliminary REE exploration was carried out when the REE price soared in 2010. 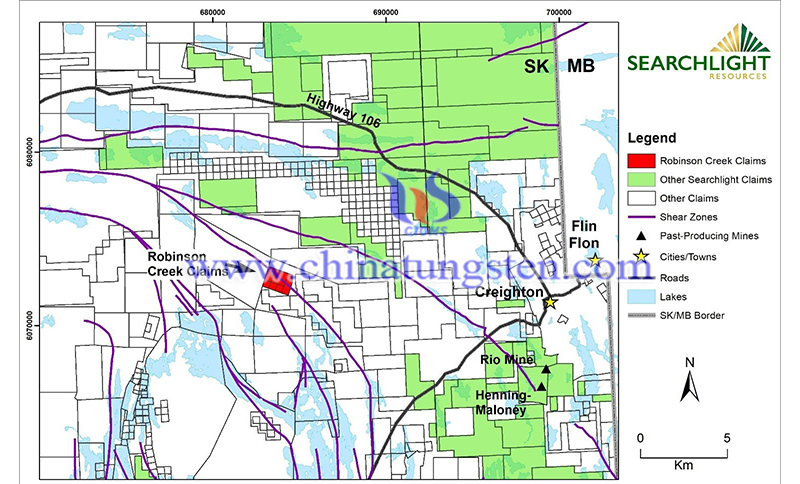 In addition to the ongoing field work, the company has also signed a contract with the Special Projects Corporation in Calgary, Alberta, to perform high-resolution aeromagnetic and radiometric measurements on an approximately 39 square kilometer claim area. The plan will be carried out in the second half of this month.

Stephen Wallace, CEO of Searchlight, said: "We are very pleased to be able to evaluate this strategically located statement area on the ground, allowing us to verify this historic high-grade Rare Earth showing." 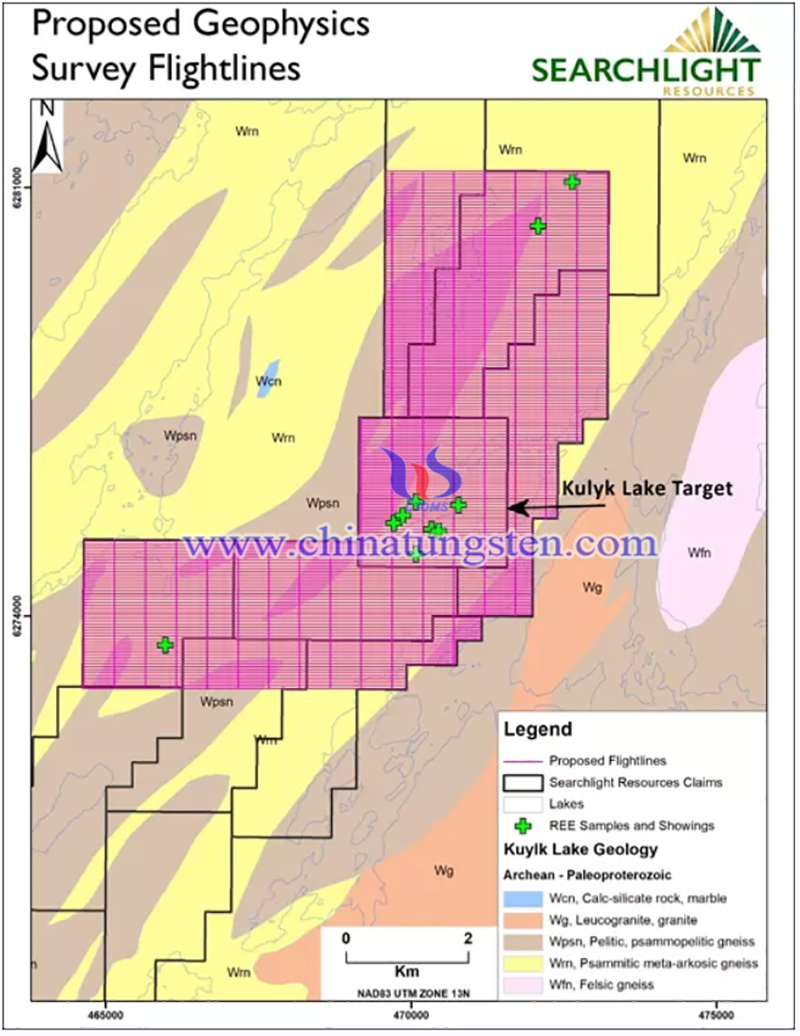 Searchlight Resources Inc. is a Canadian mineral exploration and development company focusing on the Canadian province of Saskatchewan, which was rated as the best location for Canadian mining investment by the Fraser Institute. The exploration focuses on projects with road access, which are the province’s gold and battery minerals throughout the province.

The company is currently advancing its Bootleg Lake gold mine project, which has four high-grade gold mines produced in the past, located in Saskatchewan, less than 10 kilometers from Flin Flon, Manitoba.