Posted by: William 2021-10-26 Comments Off on US Isotope Initiative to Address Mo-99 Supply Challenges

A $35 million grant from the U.S. Department of Energy's National Nuclear Security Administration (NNSA) to Wisconsin-based SHINE Technologies will support commercial production of molybdenum-99 to help establish a reliable supply of the isotope, the agency said. This is the third of four agreements since the NNSA announced in July 2020 that it would provide funding to industry to begin domestic commercial-scale production of Mo-99 by the end of 2023. This follows the announcement in August of two collaboration agreements with NorthStar Medical Technologies, LLC, with a total value of $37 million.

In the United States, molybdenum-99 is used in more than 40,000 medical procedures every day, including diagnosing heart disease and cancer. In 2012, the US Congress directed the National Nuclear Safety Administration to establish a plan to support the development of domestic commercial production of molybdenum-99 without the use of highly enriched uranium, which is considered a proliferation risk. The National Nuclear Safety Administration's Mo-99 program is implemented through the National Defense Nuclear Non-Proliferation Office. 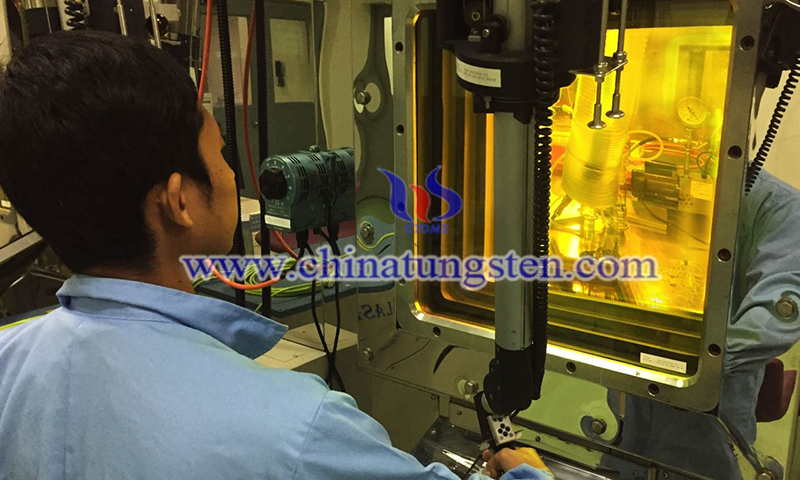 "This cooperation agreement is a win-win for the United States," said Jill Hruby, the deputy minister for nuclear safety of the Department of Energy and the director of the National Nuclear Safety Administration. "The ongoing cooperation between NNSA and SHINE will help ensure that doctors and patients get the medical isotopes they need. The production of these isotopes does not use diffusion-sensitive highly enriched uranium, and the work is done in the United States."

Ac-225 is an extremely rare alpha-emitting radioisotope that can be used in targeted alpha therapy (TAT), a novel therapy in which alpha particle emitters are combined with substances such as monoclonal antibodies to bring the alpha emitters to the target cells. This allows for highly precise treatment of tumors with minimal impact on surrounding healthy tissue. Preclinical studies have shown that TAT is extremely effective for certain forms of cancer that are difficult to treat with current methods.

Japanese companies Hitachi, Tohoku University and Kyoto University announced yesterday that they have developed a linear accelerator-based production method for Ac-225 that does not involve nuclear materials. They said that the method involves the use of highly penetrating radiation called bremsstrahlung to irradiate radon-226, which was developed by Hitachi, Tohoku University's Electronic-Photonic Science Research Center, and Kyoto University's integrated radiation and nuclear science research. It was developed by applying Hitachi’s accumulated experience and technology in the field of particle therapy and nuclear power generation.

In addition, the German radiopharmaceutical biotech company ITM Isotope Technologies Munich SE and the Canadian Nuclear Laboratory (CNL), a nuclear science and technology organization, signed a memorandum of understanding to discuss the development and industrial-scale production of Ac-225. According to the memorandum of understanding, the two organizations will cooperate in the development, manufacturing and distribution of medical radioisotopes.

The two organizations said one of the biggest challenges to harnessing the full potential of alpha-emitters is securing their supply, adding that together they have the expertise and infrastructure to get around supply barriers.

Joe McBrearty, CNL President and CEO, said the agreement will leverage CNL's capabilities in target development, radiochemistry, radioisotope analysis and by-product management." Working with ITM, he said, "We hope to leverage these capabilities to accelerate the development of this promising new isotope and to build a commercial pipeline for what we believe will be a groundbreaking new cancer therapy.

ITM CEO Steffen Schuster said the company looks forward to sharing its expertise in the global production and supply of radioisotopes to jointly explore the "other untapped potential" of Ac-225, often referred to as "the rarest drug on the planet." He said, "We are eager to unveil the therapeutic value of this radioisotope, which we believe has the potential to unlock revolutionary TAT treatments.