According to foreign media reports, Norway-based REEtec has confirmed the quality of rare earth samples produced by Vital Metals Ltd.’s Nechalacho project in the northwest region, which means that Vital can complete the first phase of its partnership strategy to deliver Canadian rare earths to market by the end of 2021.

The final step of Vital's partnership strategy is to reach an agreement with REEtec to separate mixed rare earth carbonate products produced in Saskatchewan into rare earth oxides for use in electric vehicles, wind turbines, computer hard drives and a large number of other high-tech equipment. 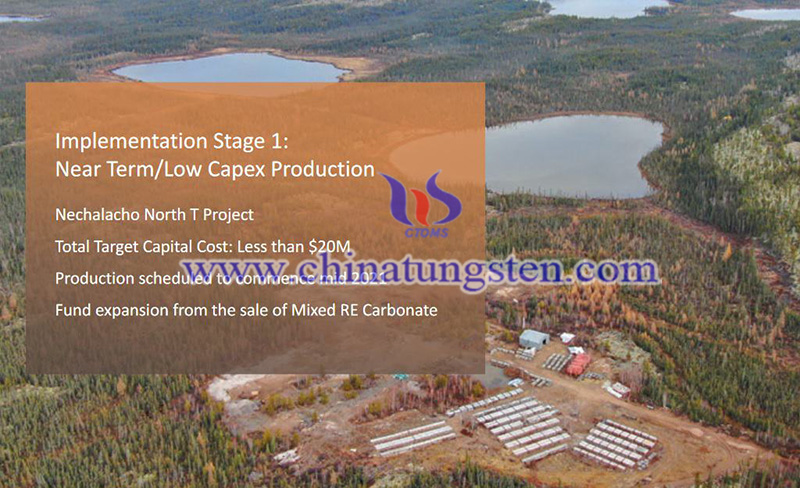 Earlier this year, Vital shipped a 12.6 kg (26.5 lb) sample of rare earth carbonate extracted from Nechalacho to test its quality and compatibility with rare earth separation and processing equipment.

REEtec says that the test of the sample has confirmed that the purity of the material fully meets the initial specifications agreed by both parties and is compatible with an efficient and environmentally friendly process.

Geoff Atkins, Managing Director of Vital Metals, said: "Customers' acceptance is a key milestone for the development of the Nechalacho rare earth project and the construction of our Saskatoon mining plant." "This achievement demonstrates that our process in Nechalacho is working properly, we can proceed as planned. With this milestone satisfaction, the procurement of equipment for our rare earth extraction plant in Saskatoon will proceed."

According to the definitive offtake agreement signed with REEtec, Vital Metals will provide the Norwegian company with mixed rare earth carbonate products and 1,000 tons of rare earth oxides, excluding cerium, over the first five years.

Magnets of rare earths praseodymium and neodymium are expected to account for approximately 447 tons, accounting for roughly 45% of the annual rare earth oxides covered by the preliminary offtake agreement.

Vital intends to expand its business scale in Nechalacho, and the offtake and profit-sharing agreement signed with REEtec gives the company the option to increase the offtake to 5000 tons, minus the cerium, of rare earth oxides per year.

On May 12, Vital reported that the first blast marked the beginning of the North T mine. North T Mine is a near-surface high-grade deposit located in Nechalacho, with a resource of 105,000 tons and an average total rare earth oxide of 8.9% (9,345 tons). The classification of this high-grade ore is expected to begin in June, and the first batch of rare earths oxides from the Northwest Territories project is expected to be produced before the end of this year.