Posted by: Yoyokuo 2021-08-10 Comments Off on Indigenous Residents Participate at Nechalacho Rare Earth Mine

It is reported that on July 21, 2021, the Nechalacho Rare Earth Mine, the first mine mostly operated and participated by indigenous residents, was officially opened.

Yellowknives Dene First Nation plays a significant role in the mine. It can be seen from the mine site that they cut the ribbon at the opening of a running machine (a sensor-based ore sorter) in the mine. The ore sorting machine is a high-tech, environmentally friendly machine.

Jeremy Catholique and Cruze Jerome control the sorter guided by Russel Tjossem. Elder YKDFN and Councilor Jonas Sangris pray for the safety of workers and the protection of water and soil.

In the aisle of the ore sorter, the drummer of YKDFN sang a prayer song before cutting the ribbon. 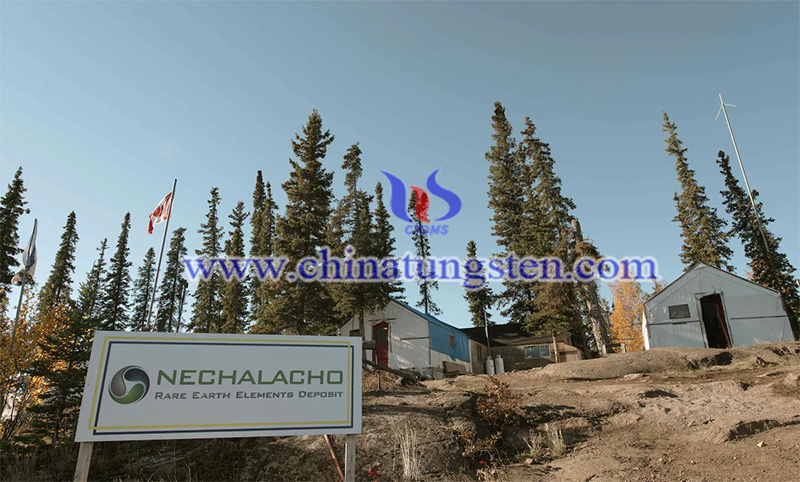 This mine is the first to have a large part of it operated and participated by the indigenous residents. The employment rate of Aboriginals is 75%, and the employment rate of young people is 5%. Lena Black, the assistant CEO of YKDFN, said: “I believe that we have…five or six percent of our youth right now with school just having ended. And then we have a lot of our members here.”

Catholique said: “It’ll give the community jobs. And the small communities like Łutselk’e, Yellowknife, and Fort Resolution.” Catholique and Jerome have been working at the mine since the beginning of this year, receiving training and mobilization for ore sorting.

“I started off hauling their core samples…that’s been here since 1971 when they first started,” says Jerome.

Cody Drygeese is an environmental worker at Cheetah Resources. One of the main things he will be doing is to conduct toxicity and baseline environmental studies on water samples every three months to track any changes for the future.

“There’s not a lot going on with our environment program…we’re still in the process of building it up right now. Eventually, we’ll have the water settling pond in the waste rock storage area.”

This is a pilot project and the first project to involve a large number of indigenous groups on their traditional land, which is very beneficial to people on both sides.

“It’s a very proud moment for Indigenous organizations as well, specifically our organization to be included in a project that could potentially change the world,“ she says.

On this traditional land, they know the area better than non-indigenous peoples. Although mining has its adverse effects, indigenous peoples will participate more in their territory than in other mines.

Vice President and CEO of Det’on Cho Paul Gruner says, “It’s garnered a lot of interest, not only as Canada’s first rare earth project, but because of the Indigenous inclusion, and having that Indigenous piece, I think is a critical element. We’re certainly seeing that, through…the environment, social governance, and increased Indigenous inclusion within the supply chain. And what we’re looking at is an opportunity where even equity participation on this project, so very exciting.“

Gruner said that during the extraction and classification process, no chemicals were produced. There is also a high-efficiency structure, but he said that the mine needs to be powered by diesel power generation due to the off-grid.

This rare earth mine will contain more culture in Nechalacho, not only outside of this land but also the subsequent perceptions of the outside world and who will be there. Indigenous residents and international people will learn from each other and promote development.