GRS Roadstone (GRS) has reached a partnership with Tungsten West. Tungsten West has recently reopened at the Hemerdon tungsten-tin mine near Plympton, Devon. GRS plans to invest millions of pounds in selling millions of tons of granite produced from tungsten mining as high-quality secondary aggregates, which will be transported nationwide mainly by sea and rail.

GRS is a construction materials supplier with an annual turnover of more than 300 million pounds, with a complete railway and maritime network.

Tungsten is the hardest metal with the highest melting point. Tungsten has a wide range of uses, involving various industrial fields, such as metallurgy, machinery, construction, transportation, electronics, chemicals, and technology. China is the world's largest tungsten storage country.

The Hemerdon mine is the world's fourth-largest tungsten mine and the second largest mine that meets the CRIRSCO international reporting standards. In addition, it is also the only source of tungsten ore in Europe. 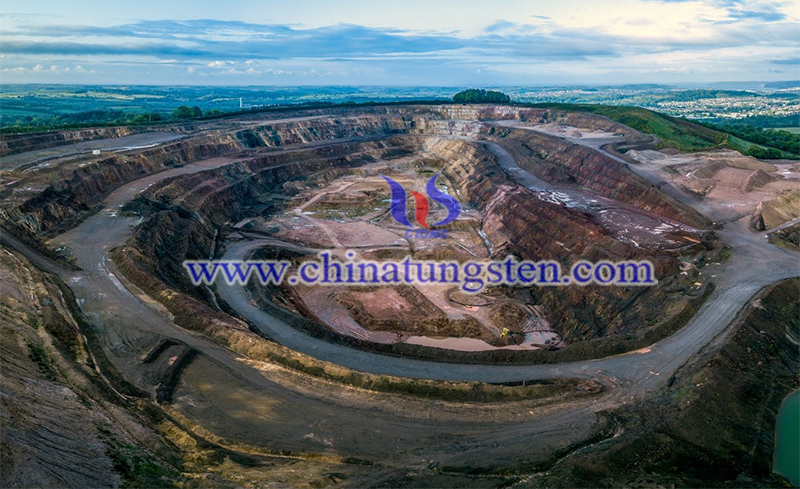 Mining tungsten also produces thousands of tons of granite, which is suitable for everything from bulk filler materials to single-size concrete and secondary aggregates for other construction applications.

The granite aggregate will be processed at the Hemerdon tungsten mine site. Later, GRS will use its railway and maritime network to transport the aggregate to southern England and possibly further construction projects.

Jon Fisher, CEO of GRS Group, said: "This is a true symbiotic collaboration between two like-minded businesses with shared ambitions. Not only are we helping the UK to remain self-sufficient in essential minerals, but we are also distributing them in the most sustainable way possible. GRS already trades and transports almost 20 million tonnes of construction materials every year – around half of which is from recycled or secondary sources – and this deal reinforces our whole ethos of making the best use of the UK’s available resources. "

Max Denning, CEO of Tungsten West, said: "Tungsten West is extremely excited about partnering with GRS, especially as they’re the UK’s leading aggregates trading company with an exceptional reputation for success. By GRS applying their years of experience and success across all industry verticals within the construction materials sector, Tungsten West can offer a significant new mineral resource, at scale, to the UK market. GRS brings a wealth of experience, credibility, and strategic thinking that complements our approach. "

The company said that starting from September this year, GRS expects to increase the total secondary output of the Hemerdon by tungsten mining to meet the annual allocation of more than 1 million tons in the next ten years and beyond.

After a 10-mile truck journey from the Hemerdon tungsten mine, the aggregates will be loaded onto ships in Plymouth and then shipped to other ports across the UK. The aggregate will also be transported to 5 miles near Marsh Mills, where it can be loaded onto trains and continue to be distributed through the rail network.