The latest analysis results of the exploration and drilling of the Australian Bauxite Company's Tasmanian rare earths project showing the main increment in the range and thickness of rare earth enrichment in the bauxite project. The new mineralization zone appears to be developing to the northeast, northwest, and south.

The important anomalous rare earth element recorded by the DL130 bauxite project in West Launceston is neodymium, which is the main component of supermagnets used in electric car motors, wind turbines, smartphones and military electronics. However, the samples from well DL162 are relatively rich in the equally valuable terbium and dysprosium, which are the most profitable "heavy" rare earths on the market today.

Heavy rare earths are extremely rare and are currently only mined in five mines in China, with the exception of Northern Mining Corporation’s pilot plant in northern Western Australia.

The latest drilling results have significantly expanded the prospects of the area to the northwest, where there is a large area of untested ground with geological conditions suitable for exploration. 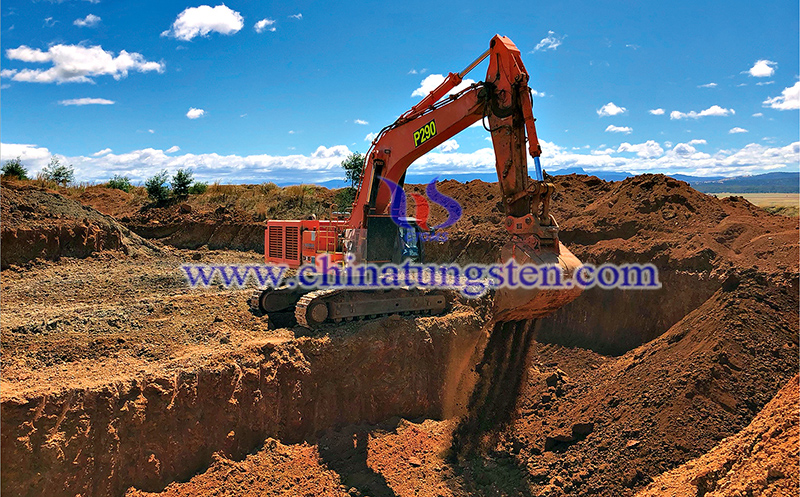 Both holes seem to have completed rare earth mineralization of the Tasmanian rare earths project, which indicates that the mineralization still has depth. Several interceptions have returned high cerium oxide levels as high as 2363 parts per million. Cerium has applications in materials science, engineering, optics and biomedical industries.

The new laboratory results confirmed that the rare earth mineralization of DL130 is zoned, which will affect the design of batch sampling and metallurgical testing work in the coming weeks. The drilling rig is being upgraded and is preparing to drill for possible source rocks located in the northeast of the high-grade zone.

Paul Glover, Australia Bauxite Exploration Manager added that some of the early drill holes did not test the rare earth-rich formations and required careful re-drilling to assess the clay-rich areas on the basement bedrock. The company said that because of this, it now believes that it has not yet conducted tests in the south and will drill to the south in due course.

Australian bauxite mines are evaluating the value of geophysical plans to map underground passages that may carry high-grade rare earth elements. The rare earth-rich clay layer may also emerge on the slopes around the edge of the plateau, which can be revealed by shallow geophysical surveys.

The management believes that because rare earths are present in clay and soluble, mineralization is "ion-adsorbed clay deposits", which are the main deposit types for low-cost rare earth production in South China. The company is designing a batch sampling plan to conduct metallurgical tests to confirm the deposit type and design the best method for producing large quantities of rare earth concentrates from mineralization.

Australia Bauxite Company stated that it is one of only three listed companies in the world that target ion-adsorbed clay-type rare earth element deposits.

According to the company, the accumulation of rare earth elements in northern Tasmania is relatively radioactive-free uranium and thorium, which means that simple bulk rare earth concentrates can be produced and sold to existing processing plant operators.

As the prices of supermagnetic elements neodymium and praseodymium have soared in the past year, the progress of Australian bauxite’s Tasmanian rare earths project in DL130 will undoubtedly be closely watched by rare earth companies as the company assesses the rare earth reserves lurking in and around its bauxite deposits.