Posted by: Chris Na 2021-06-20 Comments Off on WSe2 and MoSe2 Composite to Achieve Quantum Optical Effect

Researchers from the University of California, Riverside (UC Riverside), and the Applied Science Research Center of the Central Research Institute in Taiwan said that composite materials composed of tungsten diselenide (WSe2) and molybdenum diselenide (MoSe2) are expected to achieve quantum optical effect.

Moiré superlattice refers to the superposition of two single-layer transition metal chalcogenides (TMDCs), which can also form a nano-scale semiconductor superlattice structure in the plane. It can regulate the energy level of excitons, and the lattice period can be continuously regulated by the rotation angle, providing a platform for regulating the quantum state of physical particles in the nanometer scale. 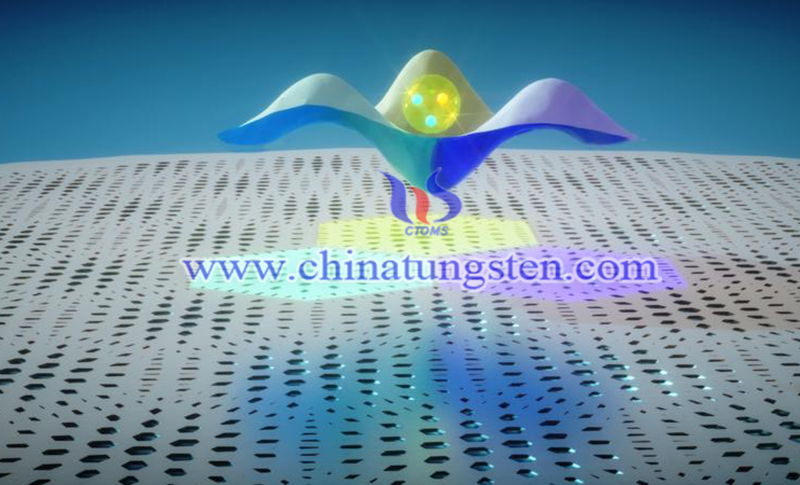 When the excitons are confined by the moiré superlattice, a new class of excitons will appear, which is expected to realize artificial excitonic crystals and quantum optical effect. When this moiré exciton is coupled with charge carriers, an associated state may appear. However, there is currently no experimental proof for this type of charge-coupled moiré exciton state, and no theory to predict their properties.

After years of hard research, researchers in UC Riverside, and the Applied Science Research Center of the Central Research Institute in Taiwan have observed potential-coupled triple exciton behavior in the double-layer heterojunction of tungsten diselenide and molybdenum diselenide. Moiré trions exhibit multiple sharp emission lines and have complex charge density-dependent characteristics, which are in sharp contrast to the behavior of traditional trions.

The changes in the characteristics of the trions in different devices and sample regions indicate that the characteristics of the excitons are highly sensitive to the inhomogeneity of the sample, and their behavior will promote further theoretical and experimental research on the high-order electronic correlation properties in the Moiré superlattice.

Besides, Associate Professor Long Zhang of Xiamen University also found Moiré exciton states with sufficient oscillator strength in the double-layer heterojunction of WSe2 and MoSe2. Through the precise integration of heterojunction and optical microcavity, the strong coupling of Moiré excitons and microcavity photons was finally realized, and a new type of mixed boson quantum state – "Moiré exciton polariton" was observed.

Through variable power experiments, they have further observed the novel properties of this special quantum state: the energy level, decoherence, and oscillator intensity of the Moiré exciton change with the particle concentration, which is completely consistent with the two-level characteristics of the quantum dot, thus proving that Moiré exciton polariton are derived from the coordinated interaction of quantum dot arrays and microcavity photons.

The research of the WSe2 and MoSe2 composite material in Moiré superlattice which could achieve quantum optical effect work provides a new technological path for the development of single-photon switches and logic gates, atomic layer low-threshold lasers, and solid-state quantum simulations.