Energy Fuels has increased the production of rare earth elements at its White Mesa Mill in Utah, the US, allowing it to enter the rare earth market. Although the plant is still controversial, it is the only traditional uranium mine in operation in the United States.

According to a press release from Energy Fuels on September 17, the plant recently processed about 300 tons of a rare earth carbonate called monazite extracted from ore shipped from Georgia.

The product is being sold and shipped to a factory in Europe, where it will be processed into independent rare earth oxides and compounds. Rare earth elements are widely used in a variety of products, including mobile phones, computers, electric and hybrid cars, wind turbines, and flat-screen TVs and monitors. 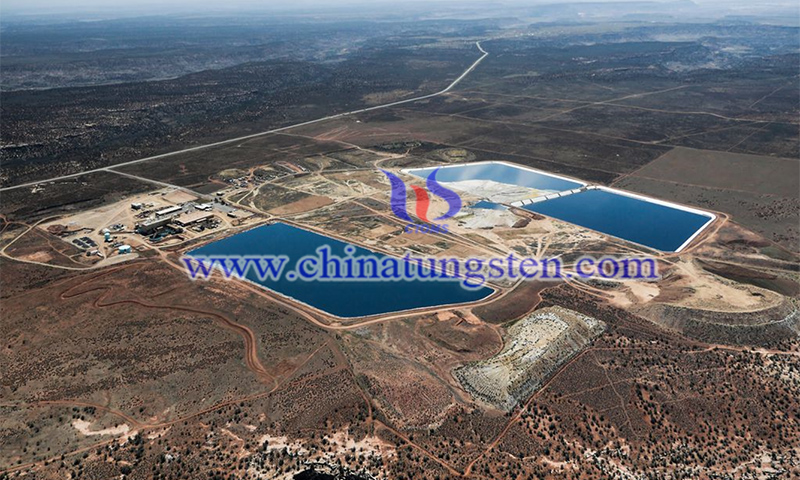 Chalmers said in a press release: "This is an exciting time for all of us at Energy Fuels. We believe that the San Juan County community will benefit from this rare earth program. It is very shallow, because it not only provides safe, environmentally friendly and domestically produced products, but also stimulates local employment and becomes an economic driving force in the region."

In a speech, Chalmers said that the demand for rare earth minerals is expected to increase five times in the next 10 years. He said that China dominates the mining and production of rare earths, and Energy Fuels "has the ability to ensure domestic alternative products."

The White Mesa plant plans to produce up to 15,000 tons of monazite annually, which will provide 50% of the demand in the United States.

Monazite contains low levels of natural radioactive elements, including uranium, which will also be recovered during the grinding process. The extracted uranium, called yellow cake, is transported to nuclear power plants for further processing into fuel rods.

Energy Fuels and the White Mesa Mill are also evaluating the recovery of thorium, which may be used in advanced nuclear technologies and medical isotopes for emerging cancer targeted therapies.

Supporters tout the high-paying jobs and property tax base it provides to San Juan County. They are encouraged by the plant's plan to enter the rare earth market. Opponents, including environmental organizations, have expressed concerns about the environmental safety of factory emissions and the old waste segregation pool.

Blanding Mayor Joe Lyman said that the plant’s plan to expand the production of rare earth elements is “encouraging” because it will provide jobs in an area with limited job opportunities.

"We need rare earth minerals, and this factory in Utah has the ability to safely provide this mineral," he said in an interview with The Daily. "Energy and fuel companies have shown innovation in entering rare earth market, which will benefit our economy."

The Ute Mountain Ute tribe has a reserved community, also called White Mesa, a few miles south of the uranium mine. Yolanda Badback, of White Mesa's community-based organization, said the tribe has long been concerned about chemicals stored in quarantine pools and emissions from factory operations.