Emerging Tasmanian tungsten producer King Island Scheelite will address potential shipping delays and rising freight rates by increasing orders for the long-term operations required by its processing plants. King Island will promise to pay a deposit in advance to ensure that it obtains key equipment to meet its development and production plans.

King Island Scheelite is fully advancing its Dolphin project on King Island. After the project is fully put into production, it is expected to produce 3,100 tons of tungsten trioxide concentrate each year. The company described the Dolphin project as "one of the richest tungsten deposits in the world."

Today, the COVID-19 pandemic has blocked the global supply chain. Chinese ports have been hit hard by the outbreak of the COVID-19 virus, like Ningbo, Xiamen and Shanghai, and the number of cases on merchant ships has continued to increase. The isolation of patients and a series of preventive measures have further caused delays. 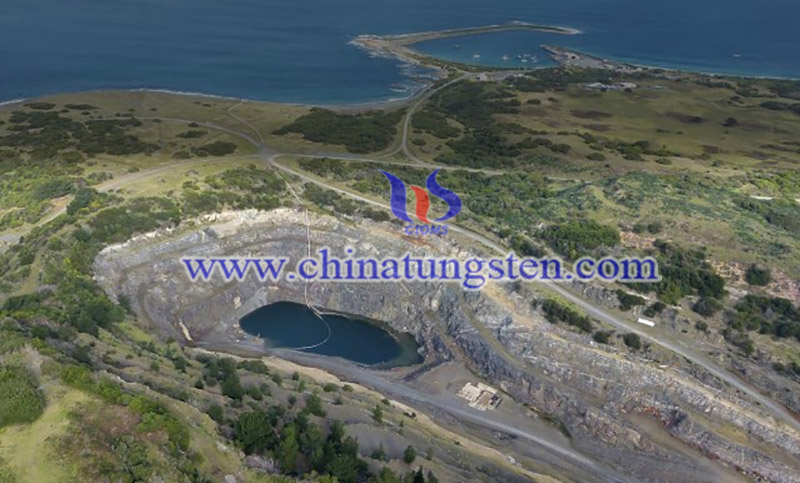 The diversion of ships from Ningbo is increasing congestion in other major Chinese ports, such as Shanghai and Hong Kong. Like Xiamen Port in southern China, more and more ships are berthed at sea waiting for berths.

In its report, King Island stated that it and its processing engineer, Gekko Systems, have conducted a systematic review of the procurement plan for the processing plant to be built on King Island in the past few weeks. This review identified various equipment critical to the construction and commissioning of the new plant.

To meet the forecasted production schedule, the company stated that it has promised to pay a deposit in advance. The board of directors has approved an expenditure of US $800,000 for this equipment and accessories.

In 1911, a prospector discovered the current Dolphin deposit and found tungsten in it while searching for tin. Mining of the Dolphin deposit began in 1917, but it lasted for a short time and was closed in the mid-1920s.

Prices soared again during the Korean War when the mine was operated by the public company King Island Scheelite (1947) Ltd, which was taken over by the former Peko-Wallsend in 1969.

The mine, along with many other Western tungsten producers, was hit in the 1908s when China became the largest producer and output large amounts of tungsten into the market, and Dolphin project had to close in 1990.

“Overseas suppliers are currently indicating significant shipping delays, with significant increases in freight costs, following various maritime events exacerbated by COVID-19,” the company states, “As these delays are expected to continue for some time, the decision to pay certain deposits reflects the company’s intention to commence the redevelopment of the Dolphin project as soon as possible.”