Space Mining for Minerals Including Rare Earths and Tungsten

Posted by: Chris Na 2021-08-24 Comments Off on Space Mining for Minerals Including Rare Earths and Tungsten

Space Mining for Minerals Including Rare Earths and tungsten

Companies all over the world are preparing space mining for minerals including rare earths and tungsten. One day, the moon and all other planets, moons, and asteroids in the solar system can be mined to obtain resources to meet the ever-increasing demands of the earth.

Although the price tag of establishing human colonies on the Moon or Mars is unbelievable, the cost of maintaining extraterrestrial colonies and supplying them indefinitely is even higher – unless the settlements can somehow pay for themselves.

Mining much-needed metals and sending them back to Earth may change the rules of the game for space exploration, transforming the adventure of leaving the world from a high cost to an economically viable one.

Having said that, it is currently not feasible to bring large amounts of mineral loads into the Earth's atmosphere. Futurists believe that as humans spread outward, minerals mined in space will be used in space. 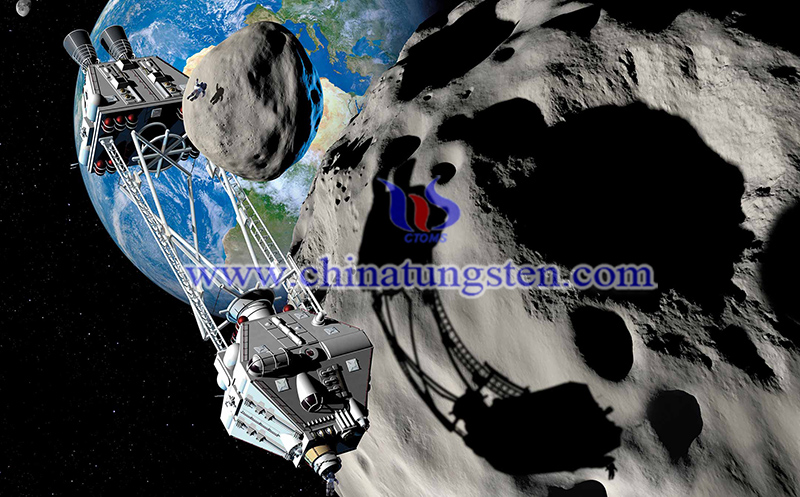 Approximately 2 million near-Earth asteroids are filled with rare earths minerals, precious metals, iron, and nickel. The moon contains helium-3, yttrium, samarium, and lanthanum, while Mars is rich in magnesium, aluminum, titanium, iron, chromium and trace amounts of lithium, cobalt, tungsten, and other metals. Importantly, many planetary bodies contain water, which can be used as rocket fuel through hydrolysis.

The earth's resources are limited. Non-renewable metal resources are inherently unsustainable, and mining causes environmental degradation all over the world. The answer is to source our minerals from outside the world. Off-world minerals can also be depleted, but it is controversial that it is much better to mine lifeless rocks such as the moon or asteroids than continue to destroy the earth's fragile biosphere.

Opening up space to commercial mining does not mean that science is of secondary importance. Space mining interest can promote scientific progress by discovering extremely rare or unknown minerals on other planetary bodies.

Over the centuries, due to mining accidents and disasters, countless people have been killed on the earth, but it is very likely that humans will not have to risk their lives to go to mining locations outside the world in person. Because one day large-scale robotic mining technology will be put into use.

The 1967 Outer Space Treaty is not clear whether any country or private company can own mineral rights in space. It pointed out that "exploration and use of outer space should serve the benefit and interests of all countries and the interests of all mankind."

The 1979 Moon Treaty tried to declare the Moon and its natural resources as CHM. Importantly, it calls for " all countries to share the benefits derived from these resources fairly." Most countries, including the United States, did not ratify the treaty.

Recently, the United States has stepped up its efforts to establish a legal framework for the development of space resources, such as tungsten and rare earths.

NASA plans to conduct an asteroid redirection mission, which includes collecting a multi-ton boulder from the asteroid and redirecting it to a stable lunar orbit, but the mission was canceled in 2017.

One thing that has become increasingly clear is that extraterrestrial mining is unlikely to be a state-run activity. On the contrary, several private companies are scrambling to seize space minerals.

The mission of iSpace (Japan) is to "help companies gain new business opportunities on the moon", including mining water and mineral resources to lead the space economy.

Offworld is an artificial intelligence company dedicated to creating "universal industrial robots to perform heavy tasks (including mining) on the earth, moon, asteroids, and Mars."

Asteroid Mining Corporation (UK) is a company that is currently crowdfunding a satellite mission called "El Dorado" in 2023. The company will conduct a spectral survey of 5,000 asteroids to determine the most valuable mining asteroids.

In addition to the United States, Luxembourg, a small European country, has also developed a space mining framework and has subsequently become the European center of emerging industries.