Scientists Working on Autonomous Robots to Mine Rare Earths on Moon

Posted by: Chris Na 2021-09-26 Comments Off on Scientists Working on Autonomous Robots to Mine Rare Earths on Moon

Scientists Working on Autonomous Robots to Mine Rare Earths on Moon

Plans to begin mining rare earths and other resources on the moon in 2025 recently took a new turn when NASA granted $500,000 to a research team at the University of Arizona to develop robots. The robots, which will be built and trained on Earth, will initially take instructions from operators on the planet, but the goal is to make them fully autonomous, the university said.

The robots will use a learning model adapted by Jekan Thanga, associate professor of aerospace and mechanical engineering at the University of Arizona (UA), called the Human and Interpretable Autonomous Robotics (HEART) system. HEART will not only train the robots to perform mechanical tasks but will also gradually teach them to collaborate.

"In a sense, we're like farmers. We're breeding talent from these creatures, or entire families of creatures, to perform certain tasks," Thanga said in a media release." The idea is to have robots build and set things up and do all the dirty, boring, dangerous things so astronauts can do more interesting things."

Luxembourg was one of the first countries to set its sights on mining celestial bodies, setting up a space agency (LSA) in 2018 to promote the exploration and commercial use of NEO resources. 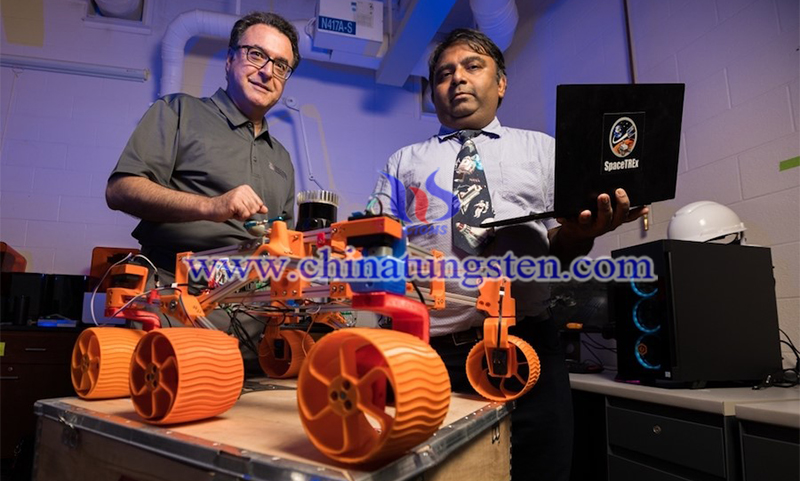 In recent years, Moscow has been pursuing plans to return to the planet, with the possibility of further access to outer space, and in 2018, officials announced that the country's space agency, Roscosmos, revealed plans to establish a long-term base in the next 20 years. Meanwhile, President Vladimir Putin vowed to launch a mission to Mars "soon."

China, which made history in 2019 by becoming the first country to land a probe on the far side, has floated the idea of extracting helium-3 – a stable isotope of helium that could fuel nuclear power plants but is extremely rare on Earth.

Beijing has already landed twice in the 21st century and recently approached Russia to jointly establish a lunar research base.

President Xi Jinping has also ensured that China plants its flag on the planet in December 2020, more than 50 years after the United States reached the lunar surface.

In Canada, most of the initiatives are coming from the private sector. One of the most touted is a partnership between Deltion Innovations, based in northern Ontario, and Moon Express, the first private U.S. space exploration company to receive a government license to travel beyond Earth orbit.

The giant impact hypothesis, sometimes called the Great Impact, suggests that Earth and the moon came from a common parent body. Because of this, scientists expect their chemical compositions to be relatively similar. Rare earths can be extracted by mining the the surface and are used in technologies such as smartphones and medical devices.

The planet is also thought to contain titanium, which is used in titanium alloys, and precious metals such as gold and platinum. But lunar mining presents new challenges.

On Earth, we have unlimited energy to break rocks; on the moon, you have to be much more conservative," said Moe Momayez, interim director of the Department of Mining and Geological Engineering at the University of Arizona.

For example, to break rocks, we use a lot of water, something we wouldn't have on that planet. So we need new processes, new technologies," Momayez explained, "and the most efficient way to break rocks on Earth is through blasting, and no one has ever detonated a blast on that place."