Posted by: Yoyokuo 2021-09-25 Comments Off on Foreign Automakers Seek to Reduce Dependence on Chinese Rare Earths

European automakers are in discussions with Australian rare earths explorer Arafura Resources Ltd. about sourcing rare-earth elements that could help power electric vehicles from outside China, which dominates global supplies.

Arafura Resources is developing the A$1 billion ($728 million) Nolans project in Australia's Northern Territory, which will meet up to 10 percent of the global demand for rare earths used in permanent magnets for electric motors. Most importantly, Arafura plans to process the ore near its site, ensuring direct oversight of the disposal of toxic waste.

“We are in communication with European manufacturers and plan to supply them directly with the material," said Chief Financial Officer Peter Sherrington in an interview, adding that he expects to close the deal by the end of this year, as negotiations are underway on volumes and prices. New rules on sustainability and traceability "have made manufactures aware of the need for this." 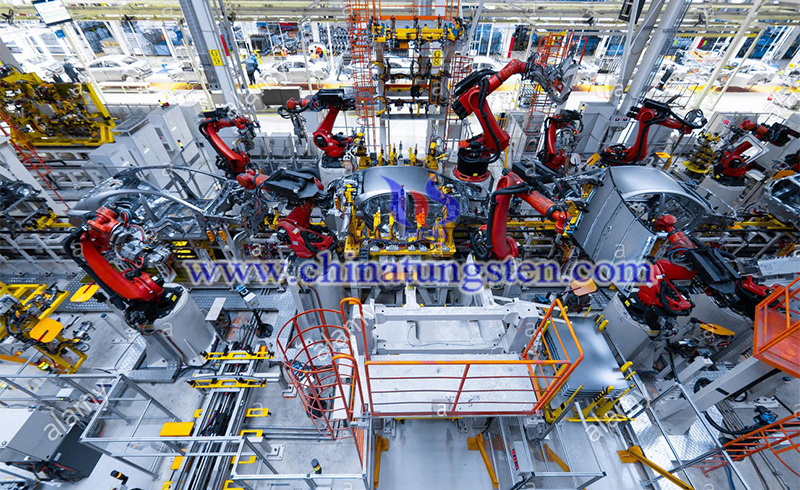 The company's shares jumped 17 percent in Sydney trading, the highest since January.

Rare-earth elements (REE) are playing an important role in what is becoming a transition to electric vehicles. They will require large amounts of raw materials for batteries, such as lithium, nickel, and cobalt, leading automakers such as BMW Motorrad, Volkswagen AG, and Tesla Inc. to contact mining companies directly.

China controls two-thirds of rare earth mining and 85 percent of rare earth refining, according to BloombergNEF, and is expected to use most of its production domestically in the future.

This tension has previously made these rare earth elements, which are also important for defense applications, political pawns, and is now spurring efforts to source them from outside China.

Last year, the U.S. Department of Defense committed funds to Australian producer Lynas Corp to build a processing plant in Texas, which was initially estimated to cost $30 million. Other companies moving forward with the project include Hastings Technology Metals Ltd. and Peak Resources Ltd.

While automakers, including BMW and General Motors, have tried to reduce the number of REE used, with an average of 3 kilograms (6.6 pounds) used in a car, switching to alternatives often makes motors less efficient. Tesla initially used induction motors that didn't require magnets to power its electric cars, but with the introduction of the Model 3, Tesla switched to a different approach.

"For future security of supply, you need to develop it domestically," says Joanne Jia, vice president of Hangzhou Permanent Magnet Group Co. in China. The company has developed magnets that can switch between the two rare earths, depending on price. "This material is critical, but in very small quantities."

Arafura's Sherrington says a new German law on supply chain responsibility has also spurred interest. Starting in 2023, companies will be held accountable for social standards across their supplier network, including discarded products, or face fines.

Efforts to build supply chains are also underway in Europe, which is now the top region for electric vehicles and will be the largest consumer of them. The EU established the European Raw Materials Alliance last year to help ensure there is an adequate supply of key raw materials to power the world's most ambitious plan to combat climate change.

"People have always been aware of the dependence on rare earths, but there was a price for them, and now that is shifting to a mindset of the huge costs to be borne without this material," said Bernd Schaefer, CEO of ERMA.