Posted by: Fymicohuang 2021-05-27 Comments Off on Rare Earth for Australian Bauxite in Tasmania Increased

The Sydney-based Australian Bauxite has just discovered the highest level of rare earth elements to date in the DL130 bauxite project in northeastern Tasmania. The company stated that the near-surface results of the ongoing drilling activities of the DL130 show strong enrichment of the rare earth element (REE) neodymium in the super-magnet. The tests performed from the protruding borehole included 1 meter-scale 145.8 ppm neodymium, 34.55 ppm dysprosium, 34.52 ppm praseodymium, and 5.55 ppm terbium.

Australian Bauxite is listed on the ASX and has discovered bauxite deposits in Queensland, New South Wales and Tasmania, where it has mined and processed bauxite since 2014. An innovator business, the company has developed new technologies to add value to its bauxite which is especially suited to the manufacture of high strength cement used for major infrastructure. 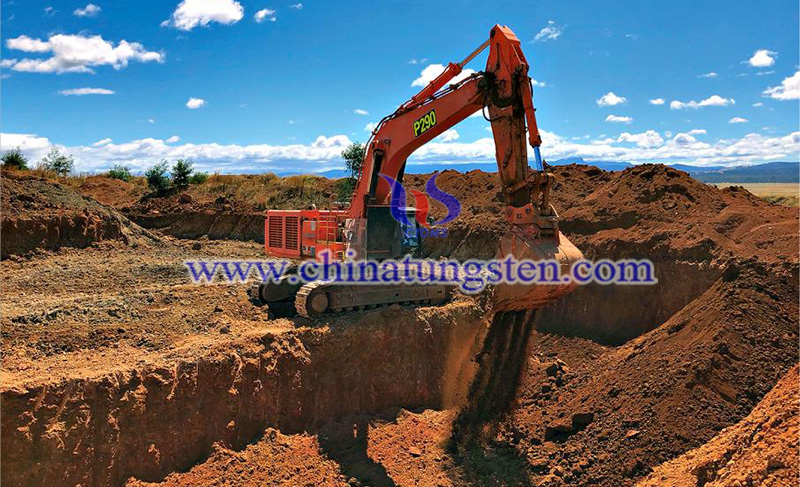 Neodymium is a critical strategic metal used in magnets installed in electric car engines and other industrial motors (such as wind turbines). It is also used in smartphones and military electronics.

The latest encouraging 9-meter-deep ore sample from the DL315 hole contains the highest neodymium reading, about 500 meters east of the second-highest neodymium-content sample in the previous hole.

So far, the neodymium value in the bauxite source rock has been discovered within a range of 500 × 500 meters. According to the management, the mineralization is still open in all directions. Australian bauxite interprets that the source rock of bauxite is deeply corrosive and rich in neodymium.

The company states that the continued exploration plan at DL130 will target the source rock area in the range of 5 meters to 5 meters indicated by 7 completed ore samples. It is also studying a wider footprint and testing more structures.

In the DL130 project, we found that REEs are enriched in widely distributed rock units. Early test work has shown that REEs are easy to leach, with low enrichment costs and no harmful elements. The company stated that its goal is to find a type of deposit that can be quickly developed into an in-situ leaching project.

The company is looking for an ionic adsorption clay-style mineralization clay, which is similar to the ionic adsorption clay deposits in southern China that produce REEs through simple leaching. According to the bauxite mine, any REE resources that it can delineate in northern Tasmania may be water-soluble or ion-adsorbed clay REEs, which are easy to develop quickly.

However, unlike southern China, there are no rice fields on Tasmania’s mineral deposits. Most exploration targets are located in hardwood plantations, where the ground is quite barren due to the formation of bauxite.

The in-situ leaching method is widely used in the United States. Since 2001, Heathgate Resources has not encountered any problems with the extraction of uranium ore in Beverley, South Australia.

Australia's bauxite says that its rare earth element leaching will be much benign. With the recent surge in neodymium prices, the company's REE strategic transition seems to be at the right time. After the news of the sample came out, the share price of Australian bauxite once rose by more than 13.5% in today's trading.

Progress of Lithium Isotope Geochemistry in Subduction Zone Details Category: tungsten’s News Published on Tuesday, 09 June 2020 22:10 The University of Science and Technology of China has made ...

Premier to Produce from Zim Tungsten Mine