Posted by: Chris Na 2021-05-31 Comments Off on Molybdenum Disulfide for In-Situ Gelling System

Recently, the team of Prof. Akhilesh K. Gaharwar from Texas A&M University introduced a new type of near-infrared excitation in-situ gelling system, which is rich in defective molybdenum disulfide (MoS2) nanomaterials and sulfur. The discovery of this in-situ gelling system laid the foundation for the development of pharmaceutics and biotechnology.

In situ gelling systems are polymeric formulations that are in sol forms before entering the body, but change to gel forms under physiological conditions. The sol-gel transition depends on one or a combination of different stimuli, like pH change, temperature modulation, solvent exchange, ultra violet irradiation, and the presence of specific ions or molecules. 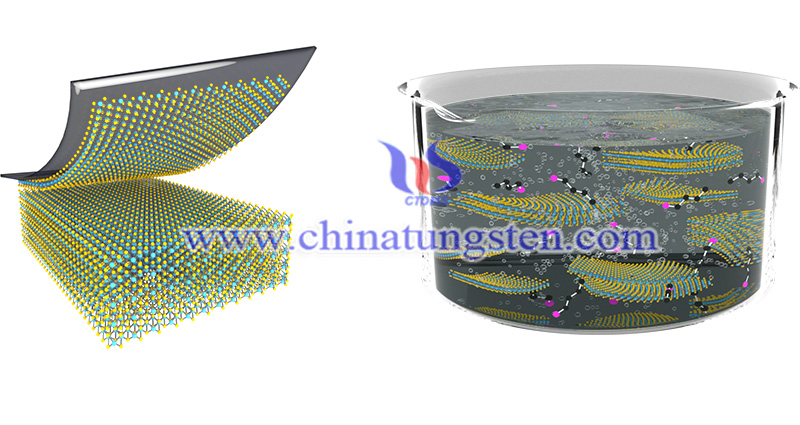 The in-situ gel is a kind of drug storage in a liquid state with relatively low viscosity, and its physical form changes rapidly after injection, forming a semi-solid gel state drug storage at the drug site. It has the effects of slow release, controlled release and pulse release, and is widely used in subcutaneous or intramuscular injection, skin, eye, nasal cavity, oral cavity, rectum and other routes of administration.

The in-situ gel is used in the body, so it should have good histocompatibility, easy injection, long residence time, non-toxic and other characteristics. However, the current use of in-situ gelling agents relies heavily on photoinitiators, as reactive species will be generated when exposed to shortwave radiation, which will cause damage to surrounding cells and tissues.

In response to this situation, researchers at Texas A&M University designed a new in-situ gelling system that does not require photoinitiators. Studies have shown that the system utilizes the photothermal properties of molybdenum disulfide and the inherent phase change ability of thermally responsive polymers. Exposure to near-infrared radiation will activate dynamic polymer-nanomaterial interactions.

In particular, under near-infrared irradiation, MoS2 is linked to multiple polymer chains through defect-driven click chemistry, thereby becoming a cross-linking center. In addition, the cross-linked gel also has potential near-infrared light responsiveness, which can release and encapsulate therapeutic drugs.

Upon NIR exposure, molybdenum disulfide acts as a crosslink epicenter. The utility of the NIR-triggered in-situ gelling system is demonstrated in vitro and in vivo. The crosslinked gel exhibits the potential for NIR light-responsive release of encapsulated therapeutics. These light-responsive biomaterials have strong potential for a range of biomedical applications, including artificial muscle, smart actuators, 3D/4D printing, regenerative medicine, and therapeutic delivery.

The research results have been published on Advanced Materials under the title "Light-Triggered In Situ Gelation of Hydrogels using 2D Molybdenum Disulfide (MoS2) Nanoassemblies as Crosslink Epicenter".

Link to this article：Molybdenum Disulfide for In-Situ Gelling System