The mining strikes at the Caserones mine of JX Nippon in Chile and the Andina mine of Codelco may affect the molybdenum supply and increase upward pressure on European molybdenum prices. Considering that the supply of oxide and ferromolybdenum is already tight, it is generally expected that end-user demand will start to increase in September.

Workers at the Caserones mine began to strike on August 10, and a day later, workers at the Andina mine followed suit. The strike broke out after the workers’ contract negotiations failed.

"From a quantitative point of view, it will not waver, but it may affect market sentiment," a producer told Argus. Other market participants agreed that the interruption would only have a slight impact on molybdenum supply, saying that the strike would take several weeks to reduce production significantly. 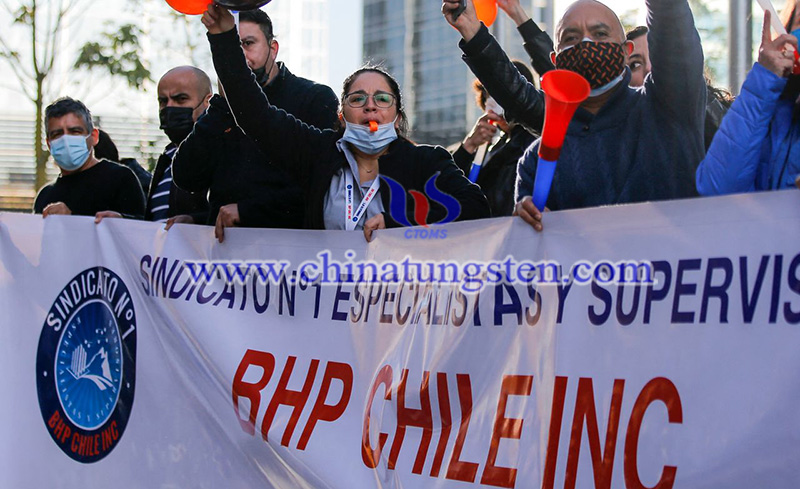 However, since European supply is already tight and demand is expected to increase, the strike may lead to an increase in molybdenum prices in the next few weeks. "People are very worried about the supply of molybdenum," a trader pointed out.

Despite the decline in consumer demand during the summer months, tight regional supplies of molybdenum oxide and ferromolybdenum have pushed up prices in Europe. Due to reduced production, logistics delays, and rising demand in the first half of this year, the price of 65-70pc ferromolybdenum has been pushed up, which has increased by more than US $4/kg since the beginning of August to US $46.60-47/kg.

Spot demand for molybdenum oxide and ferromolybdenum is low in Europe because many steel mills and foundries take maintenance breaks during the summer. However, as steel mills resume work and orders for finished products are fully loaded, demand is expected to surge from September.

When prices rise, traders are keen to hoard materials to meet part of the demand. Even if there is no strong consumer demand, this cross-industry market will increase prices.

At the same time, a trader pointed out that logistics problems and a chronic shortage of containers have restricted the transportation of molybdenum materials from South America to the Port of Busan in South Korea.

The converter in Busan uses molybdenum oxide to produce ferromolybdenum, part of which is shipped to Europe. The route from the Asia-Pacific region to Europe is also affected by logistics problems, which lead to a shortage and instability in material supply in Europe.

Market participants said that China's exports may ease this tension. In recent weeks, the export price of 60% ferromolybdenum from China has been rising steadily, and the most recent estimate is US $42-42.50/kg.

This is not the first time the molybdenum market has been shaken by the fluctuations in Chile's molybdenum supply this year. In June, rumors about the inability of Chilean suppliers to fulfill certain long-term contractual commitments caused the price of ferromolybdenum in Europe to soar to the highest level since 2008. Since then, the physical market has not changed significantly, which means that prices are still very sensitive to new shocks, like these mining strikes.