Greenland Minerals Ltd. is continuing to negotiate the licensing procedures for its Kvanefjeld Rare Earth Project and is currently awaiting the second phase of consultation on September 13. Based on 108 million tons of ore reserves, the initial mine life of the Kvanefjeld project is 37 years.

The public meeting has been designated in late August, and the ministers of Igaliku, Nanortalik, Narsaq, Narsarsuaq, Qaqortoq, and Qassiarsuk in southern Greenland will attend, and casework will follow.

This happened after Greenland formed a new coalition government with the Inuit Ataqatigiit (IA) and Naleraq parties in February 2021.

Although the leadership of the new government expressed its intention to oppose the development of Kvanefjeld, the government has agreed to hold a second round of public meetings in August. 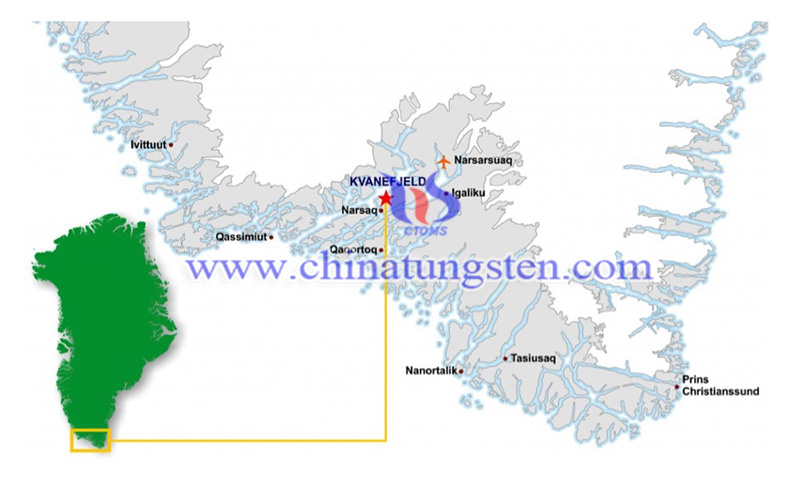 The program started on December 18, 2020, and for an initial 12-week period, the Greenland government’s public hearing portal provides EIA and SIA in Greenlandic, Danish, and English.

After the election, it was extended to June 1, and then further extended to September 13, to accommodate another round of public meetings.

After the consultation period is over, the next step is to respond to the questions raised in the process.

These responses are then organized into a file called the White Paper. So far, the questions raised in the public meeting in February 2021 have been submitted through the government’s online portal, but it is expected that more questions will be raised in the next round of meetings in August.

To ensure that this process is carried out as efficiently as possible, Greenland Minerals, with the support of its main consultants, has begun to prepare detailed responses to each of these issues for the White Paper.

During the Greenland summer, GGG completed additional environmental baseline studies in the wider project area to further deepen the understanding of the diffusion of chemicals in natural processes.

The company plans to launch an extensive field plan this year, which was carefully planned with the input of Greenland's independent scientific consultants and has been approved by the Greenland Mining License and Safety Agency for drilling and engineering.

Drilling also plans to generate data for permitting steps beyond the next permit (operating and closing permits), as well as geotechnical data for engineering research.

Due to changes in political sentiment and the resulting uncertainty, GGG postponed its drilling plan.

The Greenland government has proposed draft legislation for consultations to prohibit uranium exploration and mining, which will reverse the steps taken by previous governments to establish a key mineral industry in Greenland.

Key minerals are classified as minerals that are important for future technologies, especially the "green industries" (renewable energy, electric vehicles) that are expected to be in supply shortfalls in the future.

As the proposed Act is in draft form and in consultation, Greenland Minerals is not able to advise how such legislation could potentially affect the Kvanefjeld development proposal, nor how it would impact other mining projects in Greenland as well as the exploration for a variety of mineral deposit types.

Since the proposed bill is still in the draft stage and is under negotiation, Greenland Mining Company cannot provide advice on how such legislation could potentially affect the development proposal of Kvanefjeld Rare Earth Project, nor can it explain how it will affect other mining projects in Greenland and the exploration of various minerals.