Core Position of Rare Earths in Competition Between China, US, and Europe

Posted by: Chris Na 2021-06-22 Comments Off on Core Position of Rare Earths in Competition Between China, US, and Europe

Core Position of Rare Earths in Competition Between China, US, and Europe

Rare earths are in the center of the competition between China, the US, and Europe. It has been reported that our country has turned its attention to key rare earth materials used in advanced weapons such as American F-35 fighter jets and considered the possibility of curbing exports.

At a time of frequent geopolitical frictions between the three powers of the United States, the EU and our country, Washington and Brussels hope to avoid this situation by investing in 17 minerals with unique properties. At present, these minerals are mainly mined and refined in Asia.

Jane Nakano, a senior researcher at the Center for Strategic and International Studies, CSIS at Think Tank, said, “The demand for clean energy-related minerals is expected to grow exponentially. This will put more pressure on the United States and Europe." 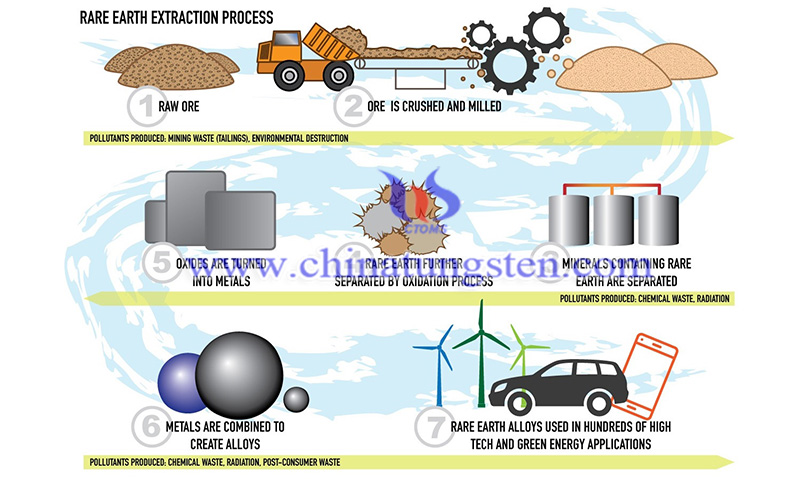 As rare earth minerals will inevitably play a role in the green energy transition, China's market dominance is enough to sound alarm bells in Western countries.

Rare earth minerals such as neodymium, praseodymium, and dysprosium are significant to the manufacture of magnets. Magnets are critical to future industries such as wind engines and electric vehicles. These REEs have long been used in consumer products such as smartphones, computer screens, and retractable lenses.

Other more traditional uses include cerium for glass polishing, and lanthanum for automotive catalysts or optical lenses.

The U.S. Senate passed a project on June 8 to improve the competitiveness of the United States, including provisions to improve the supply chain of critical minerals. Prior to this, US President Joe Biden issued a similar executive order in February requiring a report on the American dependence on overseas imports and the supply of key materials such as pharmaceutical raw materials and rare earths within 100 days.

Sameera Fazili, vice chairman of the National Economic Council, said Washington's goal is to promote the production and processing of REEs and another key mineral, lithium, while working with allies and partners to increase sustainable global supply, to reduce dependence on geopolitical competitors.

The Mountain Pass mine in California is where the United States has the optimal hope of increasing production. This mine had dominated the world's REEs before the 1980s, but with the help of the huge subsidy policy of the Beijing government, the rise of Chinese companies and eroded market share caused the mine to be hit and almost shut down.

MP Materials, a rare earth material producer that owns the Mountain Pass mine, restarted production in 2017 with the goal of making it a symbol of the rebirth of the American mining industry. MP Materials said that this mine is one of the world's most pure and high-quality rare earth deposits, with a soil purity of 7%, compared with 0.1% to 4% elsewhere.

In Europe, Bernd Schafer, CEO of the rare earths mineral consortium Eit Raw Materials, said this month that he would soon submit an action plan on how to increase production to the European Commission. By 2030, 20% to 30% of the demand for rare earth magnets in EU will come from the EU's internal supply, compared with It is almost zero at the moment."

Link to this article：Core Position of Rare Earths in Competition Between China, US, and Europe