Posted by: Chris Na 2021-07-17 Comments Off on Almonty Industries Brings Tungsten Mine to Australia

Canada-based Almonty Industries Inc. acquired Woulfe in September 2015 and quickly completed the latest feasibility study of the Sandong tungsten mine. Almonty reached some important milestones before the mine went into production and received most of the funds needed to develop the project, provide opportunities for Australia’s investors.

Tungsten was once the backbone of the Korean economy, but as the focus shifted to manufacturing, the massive Sandong mine was closed in the 1990s. More than a decade later, Woulfe Mining Corp recognized the potential that still exists in the Korean mine and began to reconstruct it.

With the upcoming ASX initial public offering (IPO), Almonty Industries is now bringing its long-established tungsten assets to Australian investors. Throughout the 20th century, South Korea was one of the major mining jurisdictions in the world, and tungsten has long been the country's main export commodity.

For about forty years after the end of the Korean War, South Korea produced large amounts of tungsten from its Sandong mine. Sandong tungsten accounted for more than half of South Korea's total exports-making the mine a powerhouse for South Korea's economy.

Nevertheless, as commodity prices fell and the focus shifted to manufacturing, Sandong's business scale gradually shrank until the mine was finally closed in 1994. 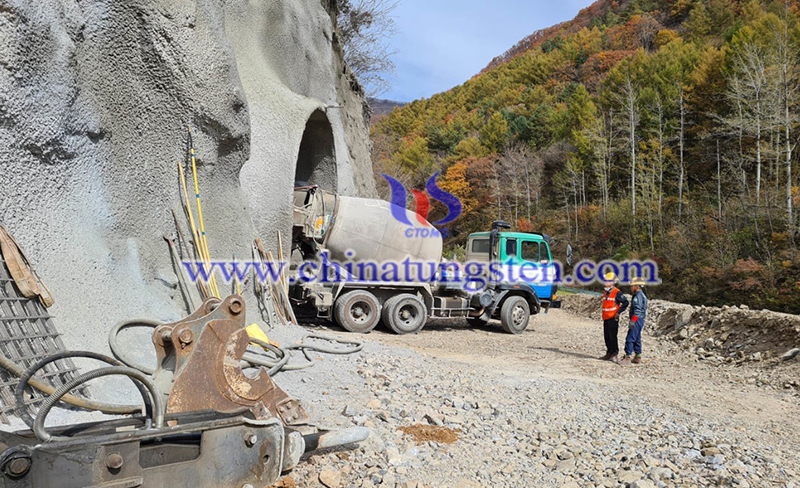 Yet, tungsten has rebounded. Due to its extremely high melting point, tungsten has important uses in modern technology, including lighting, automobiles, spacecraft, mobile phones, and military.

The price of tungsten is much higher than the level 30 years ago. Although the demand for tungsten has increased, South Korea has not yet become one of the world's largest producers. After the Sandong Mine was closed in 1994, it is generally believed that the mine has been fully exploited and will be closed forever.

While, in 2006, Willfe Mining Corp saw the potential that still exists in the Sandong area, and the company subsequently won the title of the Sandong area and began to restart the mine’s tungsten business.

Since then, Almonty has almost reached all the necessary milestones before the Sandong Mine went into production. Almonty plans to obtain this and more funds through an upcoming listing on the Australian Securities Exchange.

Almonty issued the prospectus of ASX's initial public offering (IPO) on June 8, 2021, which means that the company is preparing to bring Sandong opportunities to Australia’s investors. In fact, the company specializes in buying under-performing tungsten assets and uses years of experience in the tungsten market to reverse these projects.

So far, Almonty has increased the recovery rate of tungsten trioxide (WO3) from Los Santos tailings to approximately 50%，compared to the 35% to 40% recovery rate when Almonty first purchased the tungsten mine project. This is a "substantial improvement," the company said.

According to Almonty, the business environment in South Korea's mining industry is fiercely competitive, meaning the cost of materials and labor for the Sandong project is relatively low, taxes are low, and there are no royalties as well. Almonty plans to let the mine produce tungsten around the middle of 2022.

In addition, Almonty Industries plans to generate more than 90 years of cash flow from the tungsten mine after the start of production. Sandong is expected to produce about 30% of all tungsten outside of China and 7% to 10% of the world's total tungsten supply.

Link to this article：Almonty Industries Brings Tungsten Mine to Australia