Rare earth elements occupy 17 spots on the periodic table. They are not "rare" actually as rare earths in sufficiently high concentrations are found all over the world. For the most part, these 17 elements are found together, but some deposits have higher concentrations of certain elements than others. Separating them from the host rock and each other is a multi-step process.

According to the atomic number, rare earth elements are further divided into two categories, namely "light rare earths" and "heavy rare earths". Heavy elements are considered the most valuable. However, there is some debate in the scientific circles as to which elements belong to which category.

As researchers continue to find their uses in everyday products such as smartphones, optical fibers, and medical devices (such as MRI), their importance as the cornerstone of modern technology is evolving.

However, the application driving the current boom in rare earth mining and refining is high-performance magnets made of neodymium (Nd), dysprosium (Dy), samarium (Sm) and sometimes (Ho) holmium. These magnets are needed to supply the growing market for electric motors as well as computer hard drives, precision guided munitions, and wind turbines. 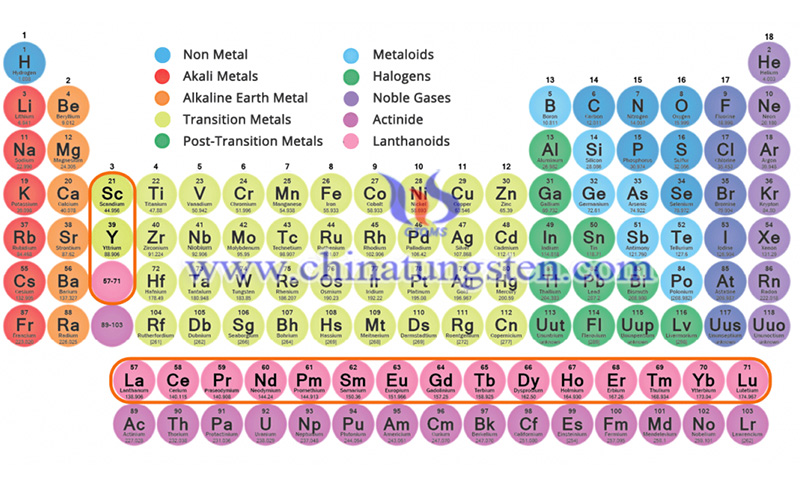 The following is a list of 17 elements and some of their uses in modern technology.

Neodymium magnets are favored by the industry because of their high strength and low production cost. Other uses: welder's goggles; tanning booths; purple, burgundy and gray stained glass.

One of the elements of high-density magnets. Uses: Samarium-cobalt battery that can withstand extremely high temperatures.

Named after the European continent. Uses: red in TV sets; may be used in quantum computing chips.

Found that the number is small and difficult to refine. Uses: atomic clock; laser for quantum computing; strengthening steel.

Known as the rarest and most expensive rare earth refining. Uses: Used in the manufacture of jet fuel and diesel fuel refinery catalysts; treatment of gastric cancer, pancreatic cancer and intestinal cancer.

The above is an introduction to the rare earth elements.