On September 17, 2021, Shenzhou 12 astronauts Nie Haisheng, Liu Boming and Tang Hongbo, who had been living and working in space for 90 days, landed safely in the return module of Shenzhou 12 manned spacecraft at the Dongfeng Landing Site in Badain Jaran Desert, marking the complete success of the first manned mission during the construction phase of China's space station. The great achievements of China's aerospace industry have not only condensed the hard work and hard work of Chinese aerospace people, but also gathered the wisdom and hard work of China's materials and other industries. China Tungsten Online （CTIA GROUP）believes that scientific researchers and enterprises in China's tungsten products industry have also made their due contributions to this, and high-density tungsten alloy (tungsten heavy alloy) shielding materials are very important for Gamma (γ) Ray shielding should be one of them.

In this regard, we can analyze the height control process, application technology and materials of the spacecraft return module. 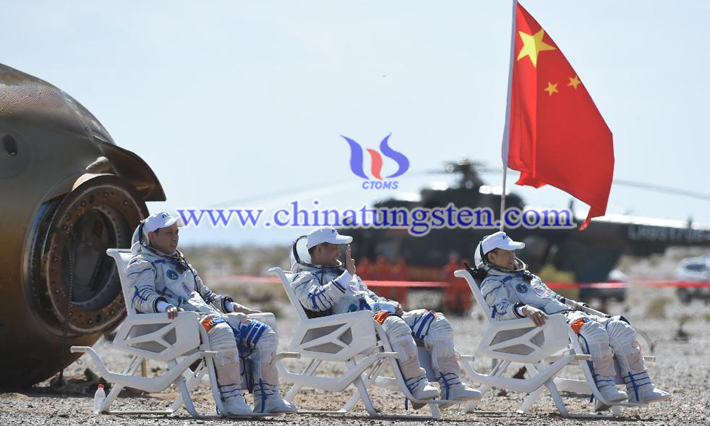 In order to ensure the safety of astronauts, China's precision tracking phased array radar, Beidou satellite positioning system and Remote sensing satellites are responsible for accurate positioning, and altimeters used in different stages are the key factors for accurate control and safe landing.

"Recovery and landing is the final stage of the manned spacecraft mission and also determines the final success or failure of the mission." Shao Limin, deputy chief designer of the Shenzhou 12 manned spacecraft of the Fifth Academy of China Aerospace Science and Technology Group, said that in order to ensure the astronauts' safe return home, they have developed various types of recovery and landing systems for the Shenzhou 12 spacecraft, such as highly reliable and safe structure, parachute, landing buffer and program control, so as to ensure that the spacecraft's return capsule walks the "last miter" of stable return safety,  accurate height measurement is an important basis for accurate control of all links, in which high-precision altimeter plays a decisive role. 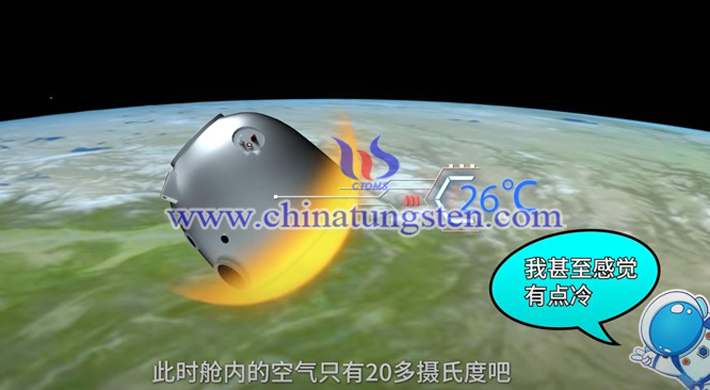 When the re-entry module of Shenzhou 12 spacecraft crosses the atmosphere, it has a heat-resistant bottom made of ablative materials on its surface, which enables the spacecraft to take away a large amount of heat energy through ablation and shedding when the external temperature exceeds 2000 degrees Celsius, so as to ensure that the internal temperature of the spacecraft can be maintained at about 26 degrees until the spacecraft crosses the black barrier and the atmosphere. The re-entry module falls freely to a height of 10 kilometers from the ground The static pressure altitude controller judges the altitude, sends out the start signal of the recovery system, and the recovery landing system starts to work. The static pressure altitude controller is a subsystem of program control. It cooperates with the recovery distributor, initiating explosive device controller, program controller, travel switch, etc., controls different functions, and sends program control command signals to the actuator to complete the specified parachute hatch cover for a series of irreversible actions such as pulling the guide parachute, pulling the deceleration parachute, separating the deceleration parachute, pulling the main parachute, releasing and closing the main parachute, throwing the anti heat bottom, turning and hanging, each link must be accurate, and the height is the most important judgment basis. Therefore, the accurate judgment of the height has become an important data for the success of the spacecraft recovery.

Due to the extremely limited space of the re-entry module, its parachute cannot be made too large to occupy valuable space and weight, at the same time, too large parachute will make the re-entry module float too far away from the predetermined area under the action of ground wind. Therefore, when the re-entry module returns to the atmosphere, its speed is still very high after opening the parachute, and after deceleration, it is about 8-10 meters per second, i.e. 28.8-36 km/h, landing directly at such a speed will do great harm to the astronauts' cervical spine with their backs against the bottom. Therefore, it is necessary to accurately start several reverse thrust engines to generate four reverse thrust of about 3 tons, a total of more than 10 tons, and start at an altitude of about 1 meter from the ground to reduce the speed of the return module to the speed of about 2 meters/s, so as to ensure the safety of astronauts. Therefore, the reverse thrust engine The ignition start time is particularly critical, and the key to control its ignition time is accurate height measurement. 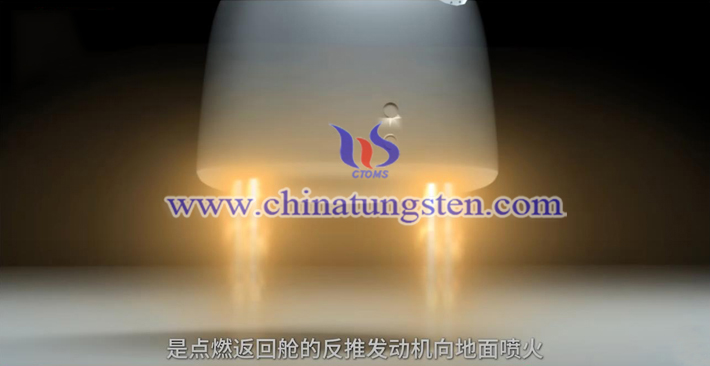 So how to accurately measure the height?

We know that the general height measurement can be realized by using the principle of atmospheric pressure. The higher the altitude, the lower the air pressure, and vice versa. In general life, there is no problem with the barometric altimeter. The altimeter used by ordinary civil aircraft at high altitude is also made by using this principle. However, such measurement accuracy error is very large, and it is 1 meter high on the ground and , there is almost no difference in air pressure in this degrees, so it is difficult to accurately measure its height according to this principle.

Even for ordinary civil aviation aircraft, after the altitude is lower than 760m, the altimeter based on atmospheric pressure principle will no longer be used, but the radio altimeter is used to measure the altitude between the aircraft and the ground. The radio altimeter is calculated by half of the time difference of light speed in the two trips when the radio wave is transmitted to the ground, and for the altimeter value difference at a very small altitude, it is also very small. Therefore, the method of frequency modulation is generally adopted to make the frequency of radio waves change with time, so that there will be a difference between the transmitted frequency and the received frequency, and then the time and height required for round-trip are calculated according to the difference value. Such calculation accuracy is also large due to the long wavelength of radio waves, although it can be met for general civil aviation aircraft safety needs, but the accuracy requirements for the spacecraft return module are far from enough.

The above altimetry methods and instruments and equipment do not have the ability of real-time and accurate altimetry for an altitude of about 1m, which requires higher frequency electromagnetic waves. At present, the highest known frequency electromagnetic wave is Gamma ray. Gamma ray is radioactive, and the radiation line emitted by the material will scatter when it reaches the ground. Some photons are reflected back to the emission source and received by the receiver, the closer it is, the more gamma rays you receive. Especially at an altitude of about 1m, the reflected rays increase sharply and have high sensitivity. Therefore, it is most suitable for accurate altimetry at an altitude close to the ground. The Russian Soyuz spacecraft successfully used gamma ray altimetry technology to start the thrust reverser engine.

The gamma ray height measurement instrument independently developed by China plays a vital role in height measurement when the return module is close to the ground. It can accurately measure the height 1 meter from the ground with an error of only 40 mm. Its height measurement accuracy is much higher than other height measurement methods, and the reverse thrust engine can start the engine within 20 milliseconds after receiving the signal to generate huge thrust , make sure the spacecraft lands smoothly. 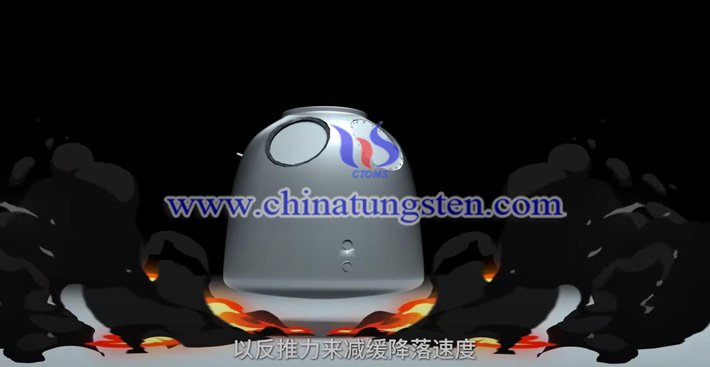 A series of high-quality crystal components developed by China Aerospace Science and Industry, including initiating explosive lock, spring separation push rod, bottom throwing initiating explosive lock and other products, undertake the tasks of providing stable time and frequency reference, unlocking and separation, and play a key role in ensuring the astronauts' safe return to earth. The gamma ray altimeter in the final braking system developed by 35 Institute of Aerospace Science and Industry accurately measures the return module Shao Limin said that when the spacecraft's return capsule approaches the ground altitude, the gamma ray height control device at the bottom of the Shenzhou 12 return capsule will begin to work and launch γ-ray can penetrate the surface vegetation and measure the height above the ground in real time. When the spacecraft return module drops to a height of 1m above the ground, the height at the bottom of the return module γ, the four reverse thrust engines on the spacecraft's return module ignite, apply reverse thrust, lift the return module upward, further reduce its landing speed and ensure the safety of astronauts' landing. 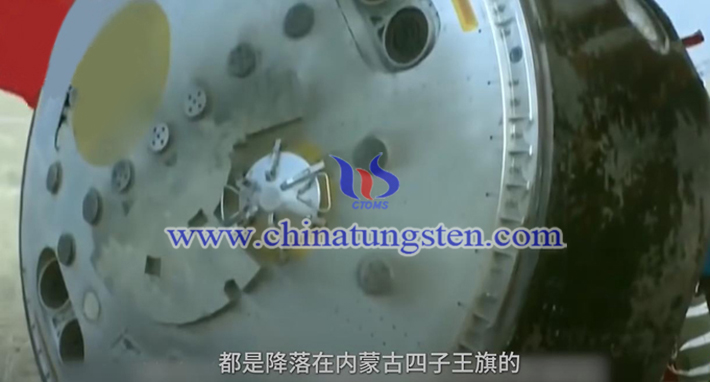 During landing, the spacecraft's return capsule is radioactive due to the existence of the gamma ray altimeter it carries. However, the gamma ray radiation source uses shielding materials inside the spacecraft to protect the astronauts in the capsule, but it is open to the outside at this time. Therefore, we can see that after landing, the return capsule will not be opened in a hurry, except that the ground personnel should determine the ground safety In addition to the integrity, it is more important that the ground personnel go to shield and protect the radioactive source at the first time, so as not to hurt the safety of the ground personnel and the astronauts about to leave the capsule. CTIA estimates that this is the main content of the first time that we saw a ground personnel run quickly to the re-entry capsule and work at the bottom of the re-entry capsule. First, use a special shielding cover to shield the bottom The radioactive source is shielded. After the astronauts leave the cabin, the ground staff will take out the radioactive source and take it away in a special container. 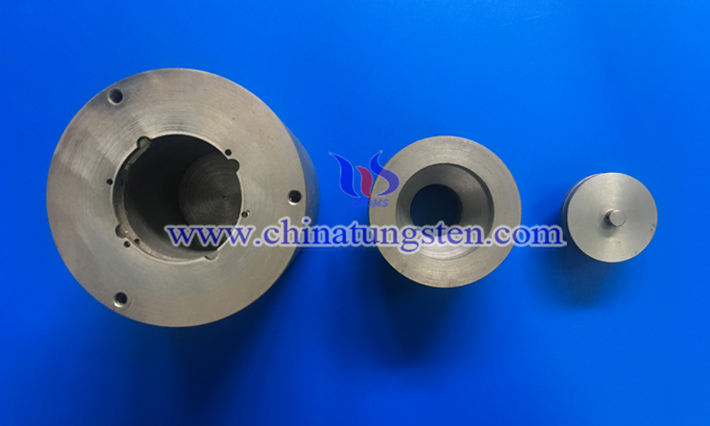 According to the analysis of its own professional knowledge, China Tungsten Online (CTIA)believes that the greater the density of materials with the same thickness, the better the radiation shielding effect, and the effect of shielding rays is highly positively correlated with the density. So far, the density of high-density tungsten alloy can reach 19g / cm3, which is the most ideal shielding material; and CTIA believes that in order to prevent the shielding material itself 97% Tungsten Nickel Copper (97W-2Ni-1Cu) is used to affect the instruments and communication in the return cabin The high specific gravity tungsten alloy can not only achieve the maximum density, but also carry out the strength of machining in a certain shape. At the same time, it will not affect the instruments and communication signals of the return capsule due to its own magnetism. Such shielding material protects the interior of the spacecraft return capsule in its own structure. After landing, it is also sealed with the same high-density tungsten alloy cover, and its rays are exposed to the outside Similarly, the shielding tank made of tungsten alloy is used to seal and take away the gamma ray emission source in the return cabin, so as to ensure that the work after returning to the cabin is in a safe environment without radiation.

In addition, CTIA also believes that the reason why high-density tungsten alloy is used as the protection device for gamma ray radiation source of spacecraft return module is also related to its extremely high melting point. The melting point of tungsten is 3600℃, and the sintering temperature in the manufacturing process of conventional high specific gravity tungsten alloy also reaches more than 1500℃, which can also well protect the radiation source at the high temperature when the spacecraft returns to the atmosphere.

As tungsten industry people, we are proud and proud. China's tungsten industry has made and will continue to make its own contributions from the construction of the Chinese Soviet Union, to the reform and opening up, and to our ever-changing field of Aerospace Science and technology!