Posted by: Chris Na 2021-07-14 Comments Off on Physicists to Probe Light Radiation in Tungsten Crystals

Almost a century ago, Albert Einstein received the Nobel Prize for Physics for his explanation of the photoelectric effect. Einstein's theory was included the idea that light is composed of particles called photons, which was published in 1905.

When light impinges on matters, the electrons react to the input energy in the sample, and this interaction produces the so-called photoelectric effect. Photons are absorbed by the material and excite bound electrons. Depending on the wavelength of the light source, this reaction could cause the emission of electrons.

Related publishments indicate that the electronic band structure has an impact on the time scale of light emission. 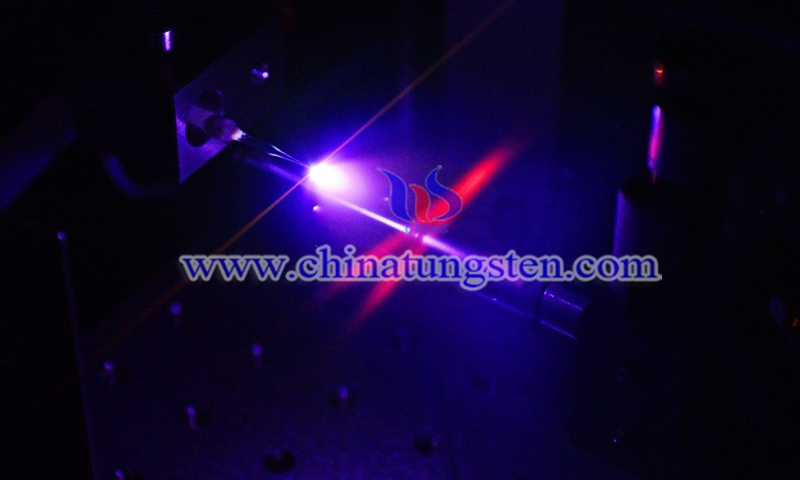 Now, physicists at Ludwig Maximilian University (LMU) and the Max Planck Institute for Quantum Optics (MPQ) in Munich are studying the phenomenon of light emission. They measured the impact of the band structure on the dynamics of photoelectron emission in tungsten crystals and explained the observation results theoretically.

Due to the development and continuous improvement of Attosecond technology, now, this is close to reality. An ‘attosecond’ refers to one billionth of a second. The ability to generate laser pulse sequences lasting several hundred attoseconds allows researchers to track the process of light emission, through periodically ‘freezing activity’. It is similar to a stroboscope, but better time resolution.

In a series of photoelectron spectroscopy experiments, the researchers used attosecond pulses of extreme ultraviolet light to detect the light emission dynamics in the crystals. Each pulse contains hundreds of X-ray photons, and the energy of each photon is sufficient to displace one photoelectron.

With the detector mounted in front of the crystal, the research team was allowed to describe the ejected electrons from flight time and emission angle. The results show that it takes a while for the electrons interacting with the incoming photons to react to this encounter. This discovery was relied on a new method to generate attosecond pulses.

With a passive cavity resonator with an enhancement factor of 35, the new device would generate attosecond pulses at a rate of 18.4 million times per second, which is about 1,000 times higher than the pulses commonly seen in similar systems before. Because the pulse repetition rate is so high that only a few photoelectrons are enough to provide a necessary average flux per pulse.

The higher pulse rate means that the particles have almost no chance to interact. Because particles are well distributed in time and space scales, the maximum energy resolution could be preserved at large. In this way, the research team states that the reaction time of electrons in adjacent energy states of the valence band has tens of attoseconds’ discrepancy, due to the different angular momentums. It is worth noting that the arrangement of atoms in the crystal may result in the delay between the arrival of the light pulse and the emission of photoelectrons.

Stephan Dr. Heinrich as the co-first author of the report said, "When an electron is removed from a crystal, what happens is a bit like the progress of a marble across a table that is pitted with depression."

For example, the trajectory of marbles in the recessed table is directly affected by their presence, and this is different on smooth surfaces. "It has now been demonstrated how this periodic potential in the crystal affects the temporal behavior of light radiation, and we can theoretically explain it," explains Stephan Heinrich. The observed delay can be attributed to the complex nature of electron transport from the inside of the tungsten crystals to the surface, or the interaction between the inside of the crystal and the surface.