When people talk about molybdenum, they generally referring to solid additives," he said, "not organo-moly, organic molybdenum has been included in the formulation as a friction modifier, not as a solid performance additive. "

"Molybdenum grease may be very suitable for fifth wheel applications, but you don't want to use molybdenum in the slack adjuster," he said. "For slack adjusters with worm gears, solid lubricants can cause these worm gears to stick and cause your lash adjuster to malfunction, which may affect braking. When you have different types of places where worm gears and solid lubricants may cause adhesion, there are some applications where you don't need molybdenum grease. " 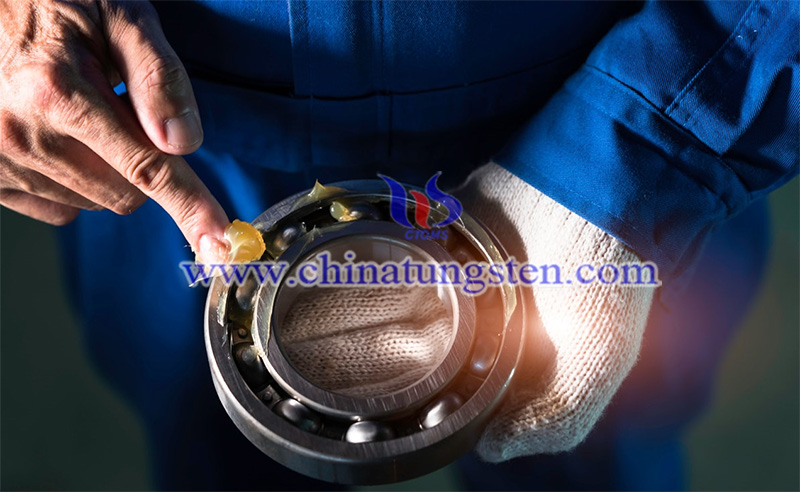 "So far, molybdenum disulfide and graphite are the most common solid additives in grease. They are used in applications where sliding contact is significant, such as journal bearings (pins and bushings) or traction seats in a fleet of vehicles," he said. "Molybdenum disulfide particles are composed of layered flakes that are held together by a weak attractive force. When shear stress is applied, adjacent plates can easily slide against each other, thereby reducing friction and promoting sliding in sliding bearings.

Grease color, such as red, tan, blue, etc. has very little to do with performance with one exception: Black. Tom Gauerke, national fleet account manager for Chevron Lubricants, said the color black often indicates the presence of moly. While the color is not really indicative of the performances of the grease.

It's best to think of this laminar action as pushing the top card in a deck and letting it slide easily relative to the rest of the deck. Therefore, ‘moly’ reduces friction because it is located between the two mating surfaces and protects them even if there is almost no lubricant in the contact area."

Morris pointed out that molybdenum particles are solid additives, usually larger than the fluid film formed by the base oil in high-speed bearings. The higher the relative linear velocity, the lower the viscosity required to provide an adequate lube film. "The solid additives in these applications bridge fluid gaps and may cause surface point loads, increase stress, and may cause fatigue and wear," he said.

"Generally speaking, it is not recommended to use solids in rolling bearings with medium to high relative speeds, such as passenger car and light truck wheel hubs, motor bearings or industrial housing bearings. It will be considered when the speed is low and sliding contact is dominant."

When relubricating, technicians should pay attention to reapplying molybdenum grease or other greases of the same type.

Link to this article：Molybdenum Grease Compounds Vital for Lube Application