Posted by: Yoyokuo 2021-06-16 Comments Off on China Molybdenum’s Affiliate Visits Catalão and Ouvidor

Recently, Jiehui Zhang, the general manager of CMOC Brazil, an affiliate of China Molybdenum Co., Ltd. (CMOC) led a team to visit the municipal government of Catalão and Ouvidor, where the company is located. The visit conducted in-depth and friendly exchanges with the mayors of the two cities, further consolidating the good relationship with the local area.

CMOC Brazil engaged in the mining and processing of niobium and phosphates, essential minerals for the development of the global industry and the growth of agriculture in Brazil. The company acts as a subsidiary of China Molybdenum, a Chinese company with a diversified assets portfolio; CMOC Brazil International believes in and invests in sustainable business growth, through synergy among assets, operational excellence, innovation and quality regarding products and relationships. 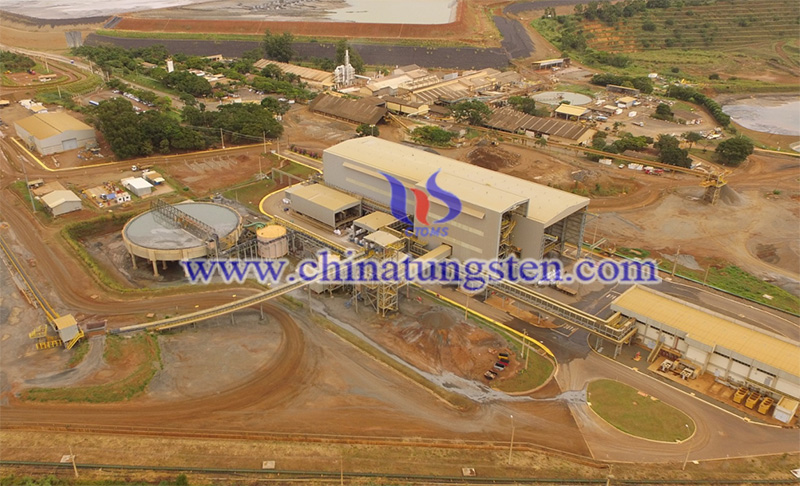 The mayor stated that the prosperity and development of the city cannot leave the contribution of CMOC. The establishment of the niobium and phosphorus business in the local area in the 1970s created a good employment foundation and environment for the city. It also attracted more other foreign companies to settle in the local area. He expressed that he would support the development of CMOC Brazil.

Eduardo Lima, Director of Health, Safety, Environment, Legal Affairs, Personnel and Supply Chain of CMOC Brazil, and Luis Severo Gomid, Director of Transportation and Infrastructure Bureau of Catalão, participated in the meeting. The official media of the Municipal Government made a special report on the visit.

Brazil is one of the world's major producers and exporters of agricultural products, and the fourth largest fertilizer consumer in the world. Its annual demand for chemical fertilizers far exceeds its domestic production.

With more than 40 years of development, CMOC Brazil has become a mature phosphate fertilizer resource operator, with a business scope covering the entire phosphorus industry chain as a fertilizer producer, and its total production volume ranks second in Brazil.

Previous article
China’s Domestic Tungsten Price Remained Stable in Early June
Next article
What is the reason for the high temperature of the die-casting mold?