President Biden has set a goal that 50 percent of cars sold in 2030 will be zero-emission electric vehicles.

But there's a problem. It seems impossible to achieve this goal, even in part, with domestic supplies of rare earths, which are increasingly problematic from foreign sources.

In other words, it's not just about the green economy; it's about the entire economy and national security. 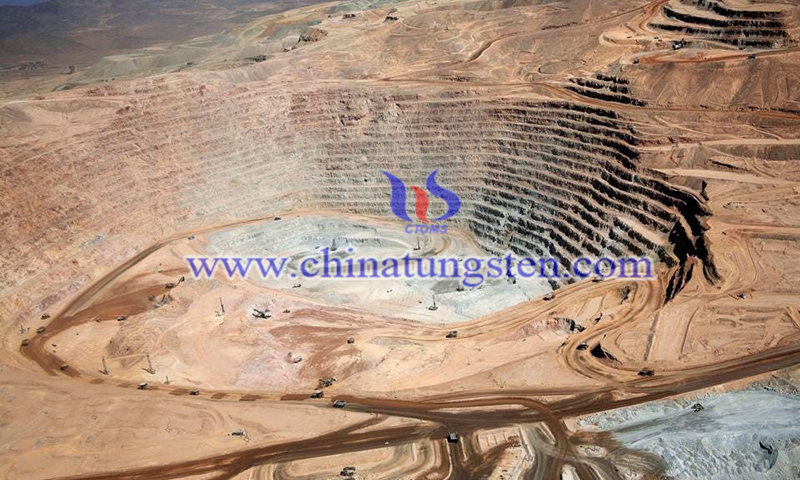 There is essentially only one magnet plant in the United States, located in North Carolina. It has a production capacity of around 2,400 tonnes of permanent magnets per year, which as of 2019 is about 20% of the required supply. American Rare Earths bought that plant in April 2020 and plans to have it "fully operational in the second half of 2022".

The mine is not yet in production, but the company has secured $50 million in Series C funding to launch mining. It is currently scheduled to come online in 2023 with not only rare earths, but lithium, gallium, hafnium, zirconium, and other key resources for electronics, magnets, and batteries.

Theoretically, Round Top will produce no less than 15 different rare earth elements. However, even if the Texas mine exceeds all projections, it will not be enough. Currently, no rare earths are produced and processed in the United States for use in magnets. In an era of heightened tensions and economic competition, this is a national security and well-being issue, even if it does not become a military issue.

The current lack of domestic production of rare earths in the United States means reliance on friendly countries such as China, Canada, and Australia. America is no stranger to these.

In 2020, the Senate Republican Policy Committee released a policy paper noting that while the US-led the world in rare earth production from the 1960s to the 1980s, it was largely flat, to the point that in 2016, the US imported all the rare earths it needed.

In August, lawmakers introduced a bipartisan bill to boost domestic rare earth production in the US. And as of September 2021, the US Department of Commerce has announced an investigation to determine the impact on US national security. A report is due to be submitted to President Biden by June 18, 2022.

Unfortunately, US companies seeking assistance do not receive the same government assistance and coordination as some other countries. They essentially make joint purchases for all local industrial needs, aggregating demand and getting better access to supply, like a giant national bulk purchase.

The US doesn't necessarily need to meet 100% of its demand for rare earth metals, even though that might be a good thing, and even if it is 50-60%, it helps ensure that global supply is not weaponized by China. Today, even China is a net importer of rare earths: this is partly why countries are proposing the One Belt, One Road initiative.

"Rare earth deposits, they don't just flip on with the flick of a switch," says the CEO who works in the rare earth industry, "they are constantly evolving, and sometimes it takes a decade or two of drilling with the right economics to be able to develop these projects. So, we need to do a lot of work to gain independence in rare earths if we're going to get to where we're trying to achieve."