The Analysis Of Shrinkage Depression Cause

Posted by: William 2021-11-03 Comments Off on The Analysis Of Shrinkage Depression Cause

The root cause of dents is the thermal expansion and contraction of the material, because the thermal expansion coefficient of thermoplastics is quite high. The degree of expansion and contraction depends on many factors, among which the properties of the plastic, the maximum and minimum temperature range and the cavity holding pressure are the most important factors. The size and shape of injection molded parts, as well as cooling rate and uniformity are also influencing factors.

Molded parts of semi-crystalline plastic materials have a high shrinkage rate, which makes the dent problem more serious; the molding shrinkage of non-crystalline materials is lower, which will minimize the dent to the greatest extent; the shrinkage rate of filled and maintained reinforced materials Lower, the possibility of dents is less.

Thick injection molded parts take a long time to cool and will produce greater shrinkage. Therefore, large thickness is the root cause of dents. Care should be taken when designing. Thick-walled parts should be avoided as much as possible. If thick-walled parts cannot be avoided, they should be designed as hollow. Yes, thick parts will smoothly transition to the nominal wall thickness. Using large arcs instead of sharp corners can eliminate or minimize the dents generated near the sharp corners.

Link to this article：The Analysis Of Shrinkage Depression Cause Link to this article：The Analysis Of Shrinkage Depression Cause Classification and working methods and characteristics of die casting machines

As everyone in the foundry industry knows, a die-casting machine is a series of industrial casting machinery that hydraulically injects molten metal into a mold under pressure to cool and form, and th... 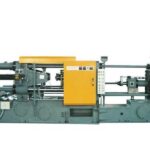 The cold chamber die casting machine is a kind of die casting equipment. The principle is to pour the molten metal liquid into the injection chamber (into the barrel) through the soup spoon, and then ... 2021-11-26 Sponsored Content Comments Off on 3D printer purchase, use precautions and daily maintenance

A 3D printer is a kind of rapid prototyping technology. It is based on a digital model file, using powdered metal or plastic and other bondable materials to construct objects by layer-by-layer printin... Brief introduction of polishing equipment and its working principle Briefly describe the structure, function and principle of the die casting machine

2021-11-25 Sponsored Content Comments Off on Briefly describe the structure, function and principle of the die casting machine Since its birth, low-pressure casting technology has developed rapidly in various industries by virtue of its unique characteristics. We see aluminum alloy molded products on the market are all made o...

Previous article
4D printing subverts the lifestyle of the future!
Next article
The Research On Mining Decision Rules Of Part Manufacturing Process