A factory in Zhejiang specializing in aluminum stamping has a certain scale. This time they received a batch of export orders, and the craftsmanship requirements were relatively high, which was used in a certain electrical appliance. They found one of our company’s latest aluminum stamping oil products on the Internet. They are aluminum sheet stamping, and the thickness is about 12.5mm. Compared with their previous production experience, this thickness is a bit thick. Using the aluminum stamping oil they bought at the hardware store, the effect will not be achieved, and the aluminum surface will appear after the punched out. The burrs can’t pass the quality inspection at all, so the workers and the masters have headaches after rework many times. At first, they suspected that it was a mold problem. Later, a friend reminded him that the aluminum stamping oil that may be used may also have a problem. Of course Another drawback is that the product is particularly difficult to clean after stamping.

Because we have never used our brand, and the brand itself is not well-known enough for Interlubricant. In view of the actual situation of this customer, we recommend that the customer take an experience kit to try it, and the stamping oil is also convenient to try.

After the experience package was sent out, the customer gave us feedback on the actual use effect after one week. However, the customer was still not at ease, and later took an experience device to use it again. We also obviously feel the doubts and worries of our customers. We will tell them later. We choose Alipay to guarantee the transaction. If the order is officially placed, this aluminum stamping oil is different from the previous purchase experience, and you can return it to us. Return the purchase price to them. In this way, the customer placed a formal order for the first time. Up to now, it has been replenished several times.

The punch die wears out too quickly, which is also one of the more common problems in aluminum stamping. The mold gap is too small, the unevenness of the concave-convex mold is not good, and the mold base, mold guide components and turret inserts are not accurate, etc., which will cause mold wear. In addition, continuous long time stamping of the same die causes overheating of the punch, and multiple partial punching, such as nibbling, angle of attack or lateral force during shearing, which will bias the punch to one side, causing serious die wear. If there is the lubricity and extreme pressure of professional aluminum stamping oil, it will also play a certain role in the protection of molds and punches. Some customers have tested and replaced inferior oil with professional aluminum stamping oil. The life of molds and punches can be extended by more than 30.8%. Aluminum stamping is prone to burrs during processing, so it needs better lubrication and extreme pressure. To reduce the occurrence of such problems.

The function of the V-shaped gear ring pressing plate is: 1. Prevent materials outside the shearing zone from flowing with the punch after shearing; 2. Clamp the material, so that the material is alwa...

The back pressure of precision stamping cannot be too small

Back pressure is an important factor affecting the quality of fine blanking parts. Larger back pressure can increase the hydrostatic stress of the material in the deformation zone, inhibit tensile cra...

1. The roll material is in the same state as a scar. Cause: foreign matter peeling off, caused by foreign matter on the surface or inside of the steel plate. 2. The corners of the coil are damaged. Ca...

It is necessary to understand that if you are willing to make any high-quality castings, die-casting molds are absolutely indispensable. How effective is the die-casting mold for production? First of ... 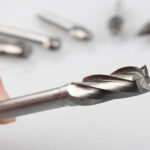 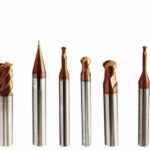 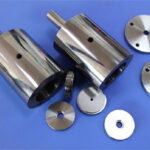 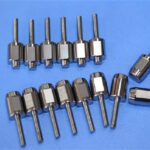