Tungsten West Ltd is among exciting firms that revitalizing the mining heritage of the western part of the UK and help the country move towards a zero-carbon economy. The Hemerdon tungsten mine in Plymouth, new mining industry in the southwest, will be the main leader in this process. The company bought Hemerdon tungsten mine for 2.8 million pounds in 2019, and it said the project is in line with the British vision for a greener future.

Tungsten West has made significant progress in raising the £60 million required for full production of the Hemerdon tungsten mine. The success of the plan may attract more investment into other mining projects in the Southwest and revitalize this industry that was once vital to the UK but declined at the end of the 20th century.

James McFarlane, Director of Technology and Operations at Tungsten West, said: “There is a lot of excitement surrounding the mining industry in the Southwest. Historically, the mining industry has been regarded as an industry that the UK wants to get rid of because the perception of it is very old. However, the modern mining industry will provide raw materials for a carbon-free economy."

He said: "Tungsten is necessary for modern drilling and cutting tools. Without mines like Hemerdon, we would not be carbon-free, and without tools, we would not be able to invest in technology." 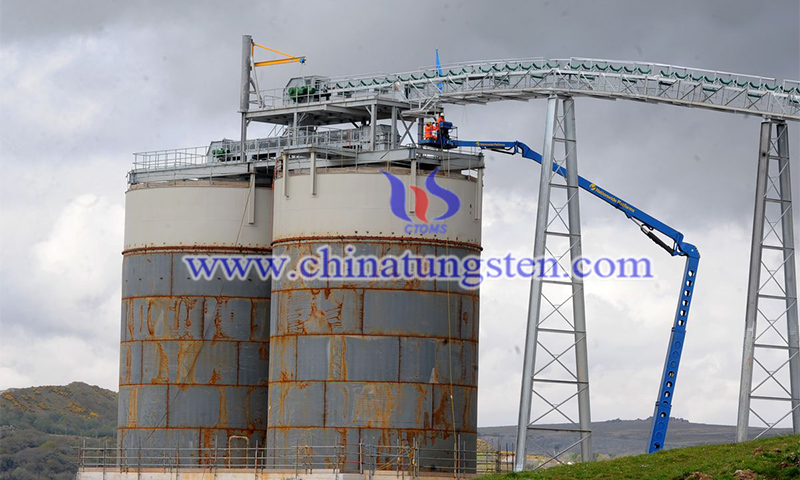 Mr. McFarlane said: "Our company is confident of reaching its funding target and gradually achieving full production, possibly as early as the end of 2022. For West Tungsten, this is not a question of if, but a question of when. "Our success is good for everyone. Since South Crofty shut in 1998, investors have invested very little in the industry, but now people are revisiting the area. As investment increases, there may be a snowball effect"

The Hemerdon mine now has about 50 employees. Once full production is achieved, the number of employees will rise to about 300. Hemerdon is the second largest tungsten reserve in the Western Hemisphere and one of the largest tungsten reserves in the entire world. It also contains a large amount of tin, which is essential for the production of circuit boards. The mine made the United Kingdom the 15th largest producer in 2018 and may enter the top 10.

Tungsten is used to make drilling and cutting tools, which are widely used in the science and technology sector, construction and automotive industries, and there may be more demand in the coming years as the production of electric vehicles increases. Since most of the tungsten concentrate is exported to tool manufacturers in the United States and Europe, the balance of payments will also benefit.

Tungsten West has also established a subsidiary called Aggregates West to sell rocks that are considered scrap. The rock excavated from the open-pit mine is crushed to a size of 80 mm, and then ore sorting technology, essentially an X-ray machine, is used to scan the rock.

Those ores that do not contain tungsten and tin will be discarded, but these ores will be sold as aggregates for the construction industry, rather than as waste. "This will be the first time that ore sorting technology has reached commercial scale in the mining and aggregate industries in the UK," said Mr. McFarlane.

Previous article
Space contribution of tungsten counterweights
Next article
Why it is necessary to install tire counterweights on a car?