The Tokamak devise is located at the Hefei Institutes of Physical Science of the Chinese Academy of Sciences. It is designed to replicate the nuclear fusion process that occurs naturally in the sun and stars to provide almost infinite clean energy through controlled nuclear fusion, which is often dubbed the 'artificial sun'. 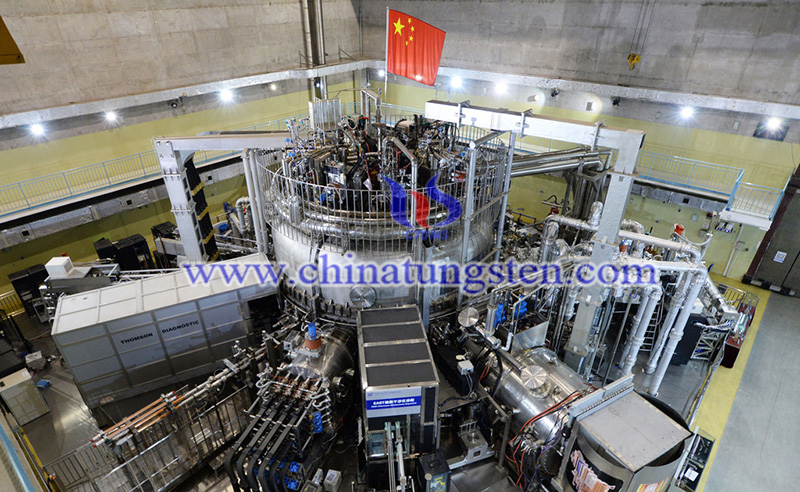 The experiment of EAST is part of the International Thermonuclear Experimental Reactor (ITER) facility, a global big science project second only to the International Space Station in size, and is being jointly constructed by China, the EU, India, Japan, South Korea, Russia and the US.

This plasma operation is the first time that the EAST device has adopted all-metal active water-cooled first wall, high-performance tungsten divertor, steady-state high-power wave heating, precise plasma configuration control, and a series of key technologies that must be adopted in future fusion reactors for the first time in the world.

The company's EAST lower divertor research team has overcome a series of difficulties such as new technology, difficult and tight delivery, and completed the delivery of all products in March 2021, ensuring the installation and operation of the EAST lower divertor and the achievement of world records.