Posted by: Yoyokuo 2021-10-18 Comments Off on PVW Surges to Nine-Year High after Confirming Heavy Rare Earth at Tanami Project

After PVW Resources NL conducted field visits at the Killi Killi East and Watts Rise mines of the Tanami project in northeastern Western Australia and obtained results of high-grade rare earth cuttings, the stock price soared to its highest point in more than nine years.

George Bauk said: "After I served as the General Manager of Northern Mining Corporation for more than 10 years, I believe these results are as important as the results announced in 2010 when the Wolverine deposit was first discovered in Browns Range.

The stock price rose 91.89% to $0.355 during intraday trading due to the success of the company’s investment portfolio, including the completion of the acquisition of Stark Resources Pty Ltd and the expansion agreement for the King of the West project, as well as the high-grade TREO (total rare earth oxidation) project of the Tanami project. 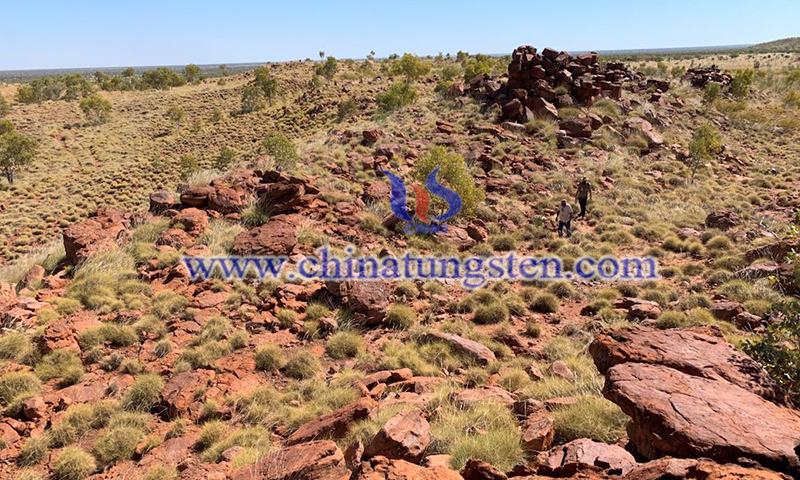 "These are very important heavy rare earth results. After I served as the General Manager of Northern Mining for more than 10 years, I believe these results are as important as the results announced when the Wolverine deposit was first discovered in Browns Range in 2010," said George Bauk, Executive Director of PVW.

"With the knowledge gained over the past ten years, PVW Resources has the ability to promote an active exploration plan to determine the potential of this project." PVW said that some samples of Killi Killi East contain high-grade gold, which provides a valuable opportunity for exploration. In the same host rock as the rare earth, gold detection results are as high as 8.94 g/ton and 4.43 g/ton, and polymetallic mineralization may occur in this mining area.

In August, detailed airborne magnetic and radiation measurements were completed, the results of which will be combined with existing geophysical data sets and new interpretations of the mineralization of the area will be made.

"We will take key steps to understand mineralogy so that we can gain a metallurgical sight, and we will also conduct metallurgical tests on bulk samples collected during October," Bauk continued.

"We need to understand the mineralization of rare earth and the distribution of the entire rock minerals in order to understand the potential process." We all know the state of the country in terms of key minerals, of which these elements are the most important. The Morrison government recently announced the approval of the Australia Critical Mineral Project provides a $2 billion loan facility to support the industry, helping to ensure the supply of important resources needed to promote the new energy economy and support future resource work.

Follow-up work in Tanami Project involving geochemical soil sampling and detailed ground radiation measurement is about to restart, and mineralogical and metallurgical research is planned to begin later this quarter. Drilling work for Killi Killi East and Watts Rise is also planned, depending on the arrival of the northern rainy season, which may cause the plan to be delayed until early 2022.

"Buck said: "PVW has rich experience in promoting the production of greenfield HRE projects. The project we own in Tanami may become the next important HRE project in Australia and the world. "Along with the exploration and preliminary metallurgical work, a strategic meeting will be held with the board of directors and key consultants to determine the most effective way to advance the project.

"We will identify strategic partners and preside over the preliminary discussions aimed at quickly advancing this project. Time is the most important, and strategic construction is the key. "Although we have a lot of internal expertise, we need to study how to execute this project better than before."