Northern Minerals, a heavy rare earth company listed on the ASX, has set its sights on its Browns Range project in the East Kimberley region of Western Australia (WA). The company said that portable X-ray fluorescence at the preliminary site indicated a wide range of geochemical anomalies, and it intends to conduct more drilling in the short term.

As part of a US$10 million exploration activity this fiscal year, the Perth-based company’s recently completed reverse circulation drilling program explored the Banshee exploration area and the southeast-strike corridor from Dazzler to the Quicksilver exploration area, a total of 120 Drilling, with a total drilling coverage of 8,700 meters.

Drilling has resulted in "highly anomalous" portable or handheld X-ray fluorescence analyzers or "XRF" measurement results, in the Cyclops, Rockslider, and Banshee exploration areas, especially in the relatively wide areas of Banshee South and Rockslider. 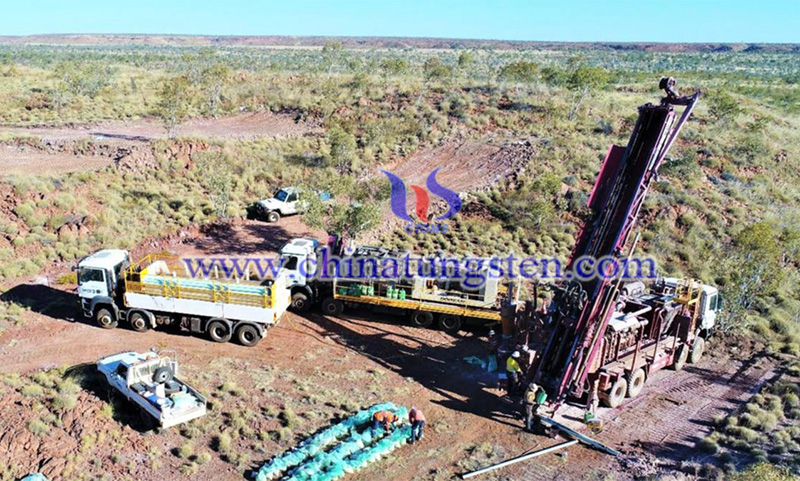 The Banshee, Banshee West and Banshee South exploration areas have all been interpreted as part of a broader system of mineralized heavy rare earth elements. An intensified RC drilling program has been planned in the area between each exploration site to estimate the inferred mineral resources of the Banshee exploration area.

Northern Minerals stated that for the past seven years, it has been successfully using the currently adopted on-site portable XRF method at Browns Range. The company explained that the technology can reliably indicate the final total amount of rare earth oxides or "TREO" values generated on the drilling rig. It uses historical correlations established between portable XRF analyzer readings and TREO's paired analysis data.

Northern Minerals stated that the 2014 data show that the final determination of yttrium and TREO is closely related to the portable XRF yttrium field analysis of RC drill samples from the Browns Range Mountains. The company produces the heavy rare earth element dysprosium in the operation of its $75 million Browns Range pilot plant. It is one of the few dysprosium producers outside of China.

About three years ago, as part of the evaluation of the economic and technical feasibility of the expansion of the development, the US$213 million heavy rare earth is expected to start production at the pilot plant.

The ore sorter installed and commissioned this year will also be tested at the front end of the pilot plant. The demand for heavy rare earth elements, especially dysprosium and terbium, continues to be driven by the strong growth of the high-performance dysprosium neodymium iron boron magnet industry.

Applications of permanent magnets include renewable energy, transportation electrification, military and high-tech industries. The latest mineral resources statement issued by Browns Range shows that 7 deposits contain approximately 61.9 million kilograms of TREO, with an average grade of 9.24 million tons and an average of 0.67% TREO.

In the total resource data, the possible ore reserves are 3.29 million tons, of which 1.94 million kilograms of dysprosium and 22.3 million kilograms of TREO. Northern Minerals stated that it is seeking to complete a feasibility study on the potential development of a full-scale beneficiation plant in the Browns Range in Burundi around the middle of next year.