The New Jersey Mining Company is pleased to announce that it is working with the United States Geological Survey (USGS) and the Idaho Geological Survey (IGS) on the Earth Mapping Resources Project (Earth MRI) – as part of the USGS Mineral Resources Program. NJMC's Diamond Creek and Roberts Rare Earth Element projects are included in this exclusive plan.

One of the high-priority regions selected for geophysical data collection is east-central Idaho. As we all know, the region has cobalt, rare earth element and other important key minerals. These aerial surveys will be used to map magnetic and radiation characteristics to support key mineral research. The inclusion of NJMC's assets will help expand the national data set and help advance its Diamond Creek and Roberts REE projects.

John Swallow, President and CEO of NJMC, said: "We believe this move represents a fundamental shift in the definition and development of key domestic mineral resources in the United States. At NJMC, we realized early on that "saying no to everything" will only hinder our country's innovation, and at the same time push environmental destruction and unstable labor conditions to underdeveloped countries.

The Earth’s MRI is a clear sign that those responsible for our national security have finally acknowledged the seriousness of the current situation. We look forward to our projects being part of the stakeholder-oriented, environmentally responsible green future that all Americans need."

Earth MRI is a nationwide effort to obtain important geological information about areas that may have critical mineral resources, with initial funding concentrated in the highest priority areas in the United States. Earth MRI is a partnership between the U.S. Geological Survey, state geological surveys conducted through the American Association of State Geologists, and other federal, state, and private sector organizations. 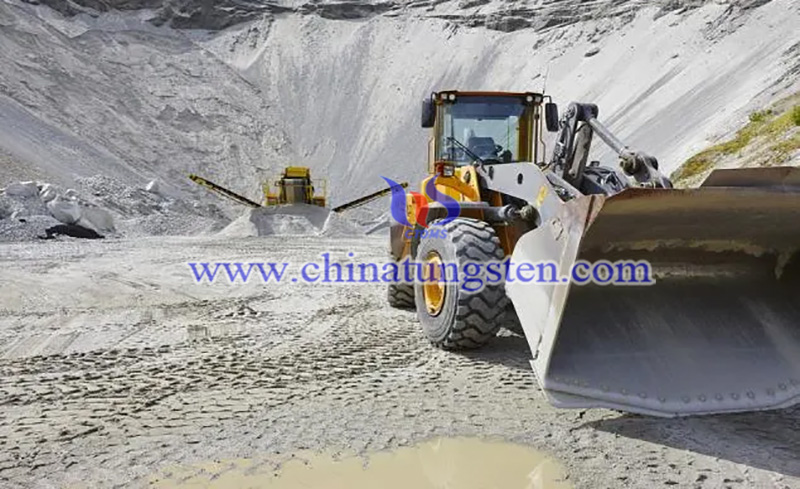 The goal of this work is to improve our understanding of the U.S. Geological inventory and identify other areas that may contain undiscovered key mineral resources. Enhancing domestic mineral supply will reduce our dependence on foreign mineral resources, which is vital to national security and the economy.

About New Jersey Mining Corporation. headquartered in northern Idaho, New Jersey Mining Co is a rare example of a vertically integrated, operating junior mining company. NJMC produces gold at the Golden Chest Mine and has merged the Murray Gold Belt (MGB) for the first time in more than 100 years.

MGB is a neglected gold-producing area in the Coeur d'Alene mining area, north of the prolific Silver Valley. In addition to gold, the company also occupies a place in key minerals, and focuses on identifying and exploring key minerals (rare earth minerals) that are important for defense preparations and a low-carbon future in the USGS program.

The New Jersey Mining Co has the in-house skills of a larger company while enjoying the flexibility of a smaller, more entrepreneurial company structure. Its production-based strategy provides flexibility in design to advance Murray Gold Belt and/or its key mineral holdings on its own or with strategic partners in a manner consistent with its existing concepts and culture.

NJMC has established high-quality, early to late asset bases in four historic mining areas in Idaho and Montana, including the gold breast mine currently in production. The management is centered on stakeholders and owns more than 15% of NJMC's shares.