Posted by: Chris Na 2021-08-23 Comments Off on New Ideas for Ultrasensitive Molybdenum-Based Phototransistor

Recently, the scientific research team from the Metal Research Institute of the Academy of Sciences from China has cooperated with domestic units to propose a new method to increase the optical gain. The relevant research results were published in Nature Communications with the title "An ultrasensitive molybdenum-based double heterojunction phototransistor".

Due to the atomic-level thickness and unique energy band structure, two-dimensional semiconductor materials have unique advantages in the application of optoelectronic devices. However, two-dimensional materials have weak light absorption, and an incident photon can only excite one electron-hole pair in the photoelectric conversion process, resulting in limited detectivity. Therefore, improving the optical gain to improve the detection sensitivity has been a hot issue. 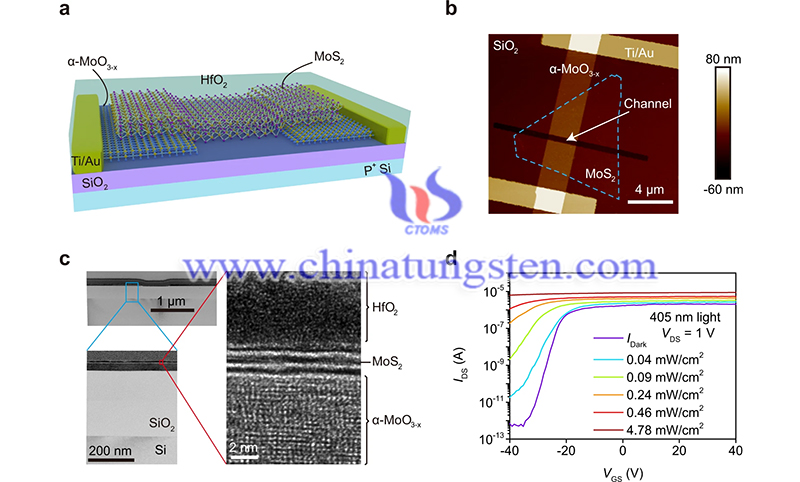 Generally speaking, there are two methods to improve the optical gain: avalanche and grating. The avalanche mechanism has strict requirements on matching with the material energy band, and it requires a high voltage. The grating mechanism will reduce the photoelectric response speed, because of the charge relaxation effect.

The research team selected suitable channel and electrode materials for energy band matching so that the potential barriers source and drain of the transistor were reduced, and positive feedback was formed. Thereby obtaining an ultrahigh sensitivity two-dimensional material photodetector. 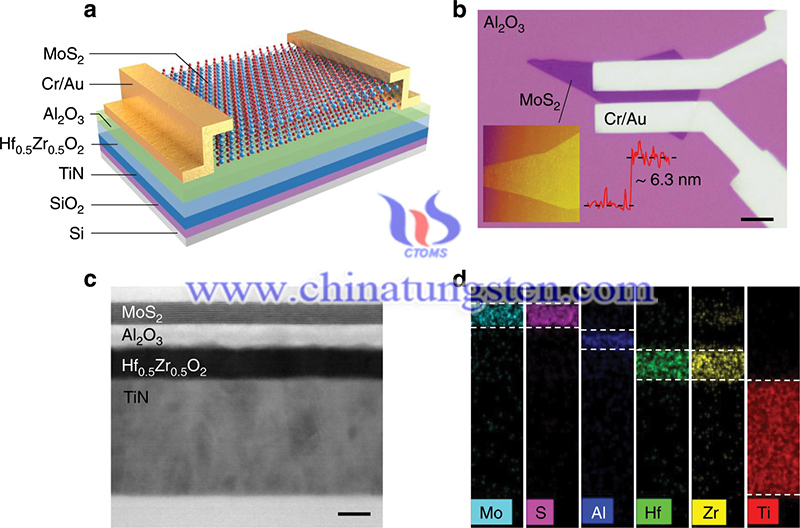 Combining the optical characterization and theoretical calculation of the energy band structure, the scientific research team also proposed the working principle of the double heterojunction light-induced barrier reduction mechanism. It refers to the molybdenum oxide-molybdenum disulfide heterojunction forms a large With Schottky barrier, the source electrons cannot be injected into the channel, achieving ultra-low dark current and noise.

Under illumination, electron-hole pairs are generated in the depletion region of the source, and then separated under the drive of the built-in electric field. The change of the carrier concentration leads to the electron barrier’s reduction at the source, achieving electron injection and optical gain.

The injected electrons would reduce the electron barrier at the drain and increase the photocurrent, which enhances the built-in electric field of the source, thus realizing the positive feedback effect, obtaining ultra-high responsivity and detectivity. At the same time, due to no traps are used to confine charges, the device also has a high response speed.

This work proposes a significant method for the optical gain of the molybdenum-based phototransistor, which can be extended to other two-dimensional material systems, and broaden the possibilities to construct the ultra-sensitive photodetectors in the future.