Posted by: Chris Na 2021-07-12 Comments Off on Molybdenum Helps in Water Treatment and Mars Explorers

A team led by engineers from the University of California, Riverside (UC Riverside) has developed a catalyst that uses molybdenum to reduce perchlorate in water treatment, which can remove a dangerous chemical from water on Earth, that could also make Martian soil safer for agriculture and help produce oxygen for human Mars explorers.

Perchlorate is a kind of negative ion formed by the combination of one chlorine atom and four oxygen atoms. It exists in some soils on the earth, and it is especially abundant in Martian soil.

As a powerful oxidizer, perchlorate is also manufactured and used in solid rocket fuel, fireworks, ammunition, vehicle airbag starters, matches, and flare. It is also a byproduct of some disinfectants and herbicides.

Because it is ubiquitous in soil and industrial products, perchlorate is a common water pollutant that can cause certain thyroid diseases. It also bioaccumulates in plant tissues. A large amount of high chlorate can make the food grown there unsafe for consumption, thus limiting the possibility of human settlement on Mars. 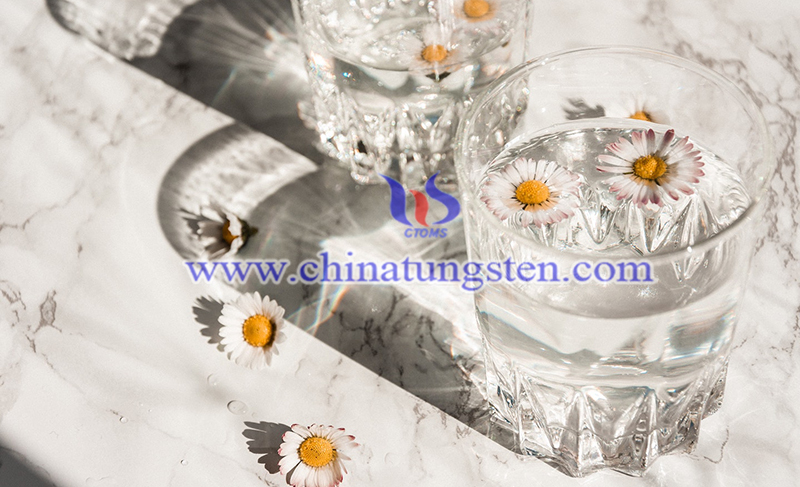 Perchlorate in Martian dust may also be a hazard to explorers. The current method for removing perchlorate from water requires harsh conditions or a multi-step enzymatic hydrolysis process to reduce the oxidation state of chlorine and turn it into harmless chloride ions.

Ren and Liu noticed that anaerobic microorganisms use molybdenum in their enzymes to reduce perchlorate and harvest energy in an oxygen-deficient environment. However, previous efforts to construct chemical Na catalysts for reducing perchlorate were not successful. However, many other metal catalysts either require harsh conditions or are incompatible with water.

The researchers tried to emulate a simplified method to mimic the complex microbial perchlorate reduction process. They found that by simply mixing a common fertilizer called sodium molybdate, a common organic ligand called bipyridine to bind molybdenum, and a common hydrogen activation catalyst called palladium on carbon, and a common hydrogen-activating catalyst called palladium on carbon, they produced a powerful catalyst that quickly and efficiently broke down the perchlorate in water using hydrogen gas at room temperature with no combustion involved.

This catalyst is much more active than any other chemical catalyst reported so far, and can reduce more than 99.99% of perchlorate to chloride regardless of the initial perchlorate concentration.

The catalyst with molybdenum reduces perchlorate in water treatment as well as the Mars explorers in a wide range of concentrations, from less than 1 mg per liter to 10 grams per liter. This makes it suitable for a variety of situations, including repairing contaminated groundwater, treating wastewater heavily polluted by explosives, and making Mars habitable. When the catalyst is combined with other processes, a convenient catalytic reduction system may help harvest oxygen from the perchlorate washed out of Martian soil.