Posted by: Yoyokuo 2021-06-21 Comments Off on 2D Molybdenum Disulfide for Flexible Electronics

The researchers have invented a manufacturing technique that can produce flexible atomic thin transistors with a length of fewer than 100 nanometers, several times smaller than before. They introduced this technique in detail in a paper on Nature-Electronics. 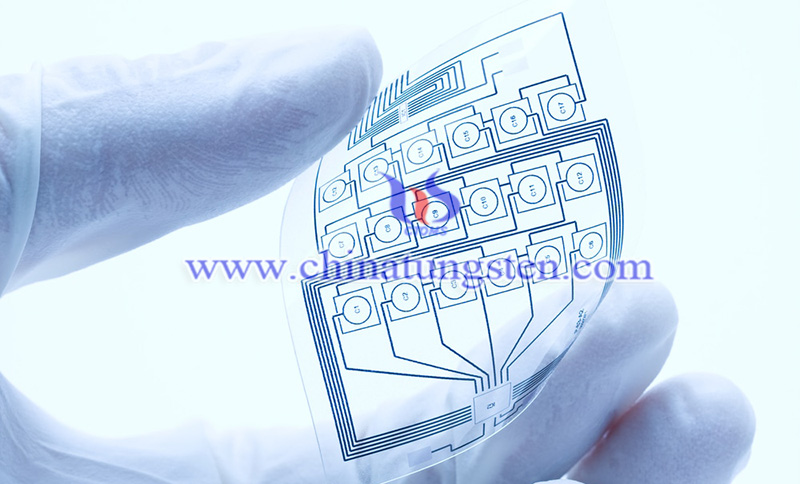 So far, the flexible materials of wearable flexible electronic products are melted and decomposed during the production process. According to Eric Pop, a professor of electronic engineering at Stanford University, and Alwin Daus, a postdoctoral scholar in the Pop Lab who developed the technology, the solution is a step-by-step approach, starting with an inflexible base substrate. On the board, a layer of atomic-level 2D semiconductor molybdenum disulfide film is formed, covered with small nano-patterned gold electrodes.

Because this step is performed on a traditional silicon substrate, nano-scale transistor sizes can be patterned with the existing advanced patterning technology, achieving a resolution that is impossible on a flexible plastic substrate.

The layering technique called chemical vapor deposition (CVD) grows only one atomic MoS2 film at a time. The resulting film is only three atoms thick, but it needs to reach a temperature of 850 degrees Celsius to function. In contrast, a flexible substrate made of polyimide loses its shape long ago at around 360 degrees Celsius and completely decomposes at higher temperatures.

Researchers at Stanford University first draw patterns on the hard silicon and form these key components, and then let them cool, so that flexible materials can be applied without damage. Through a simple immersion in deionized water, the entire device stack is peeled off and is now completely transferred to the flexible polyimide.

After several additional manufacturing steps, the result is that the performance of flexible transistors is several times higher than that of any product previously produced with atomic thin semiconductors. The researchers say that although the entire circuit can be built and then transferred to a flexible material, some complications in subsequent layers make these additional steps after transfer easier.

Finally, the entire structure containing the 2D semiconductor molybdenum disulfide film is only 5 microns thick, including flexible polyimide, which is about ten times thinner than human hair. Although the technological achievements of producing nanoscale transistors on flexible electronics are remarkable, the researchers also describe their devices as ‘high-performance’ devices, which in this case means they can handle high currents. At the same time, it works at low voltage, meaning a requirement for low power consumption.

Link to this article：2D Molybdenum Disulfide for Flexible Electronics